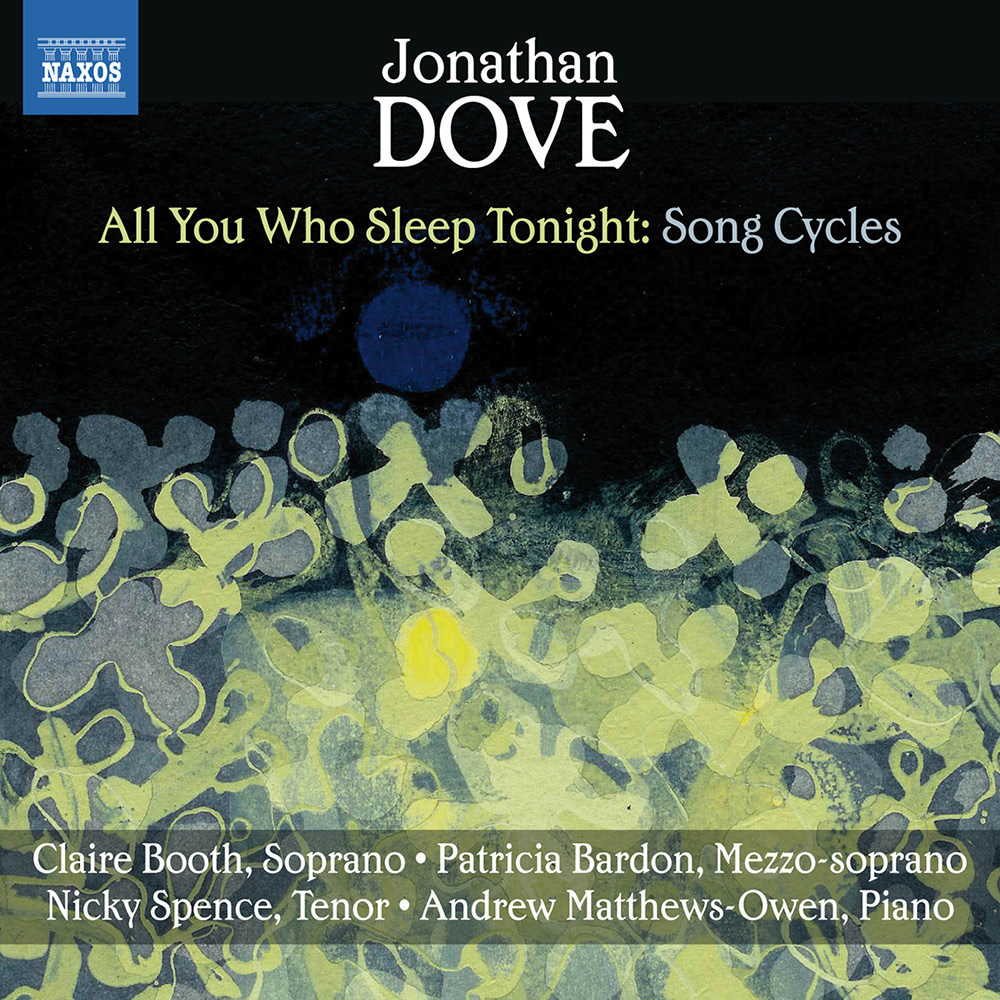 Jonathan Dove: All You Who Sleep Tonight - Song Cycles

Jonathan Dove is one of Britain’s most resourceful and versatile contemporary composers, whose affinity for vocal setting is especially striking. From the operatic canvas of his acclaimed breakthrough opera Flight to his song cycles, his acutely perceptive approach to texts is unmistakeable. Out of Winter, written in collaboration with Dove, is the late Sir Robert Tear’s poetic response to Thomas Hardy’s Winter Words. Cut My Shadow is a powerful and harrowing setting of three Lorca texts notable for a sense of constant unease and longing for a homeland. All You Who Sleep Tonight, to poems by Vikram Seth, is elegant, moving, and witty while Ariel explores Shakespeare’s elusive character from The Tempest in a role for unaccompanied soprano. This 2014 album brings together several leading singers: Claire Booth, Patricia Bardon, Nicky Spence, all unified by the sensitive piano playing of Andrew Matthews-Owen.
44.1 kHz / 24-bit PCM – Naxos Studio Masters