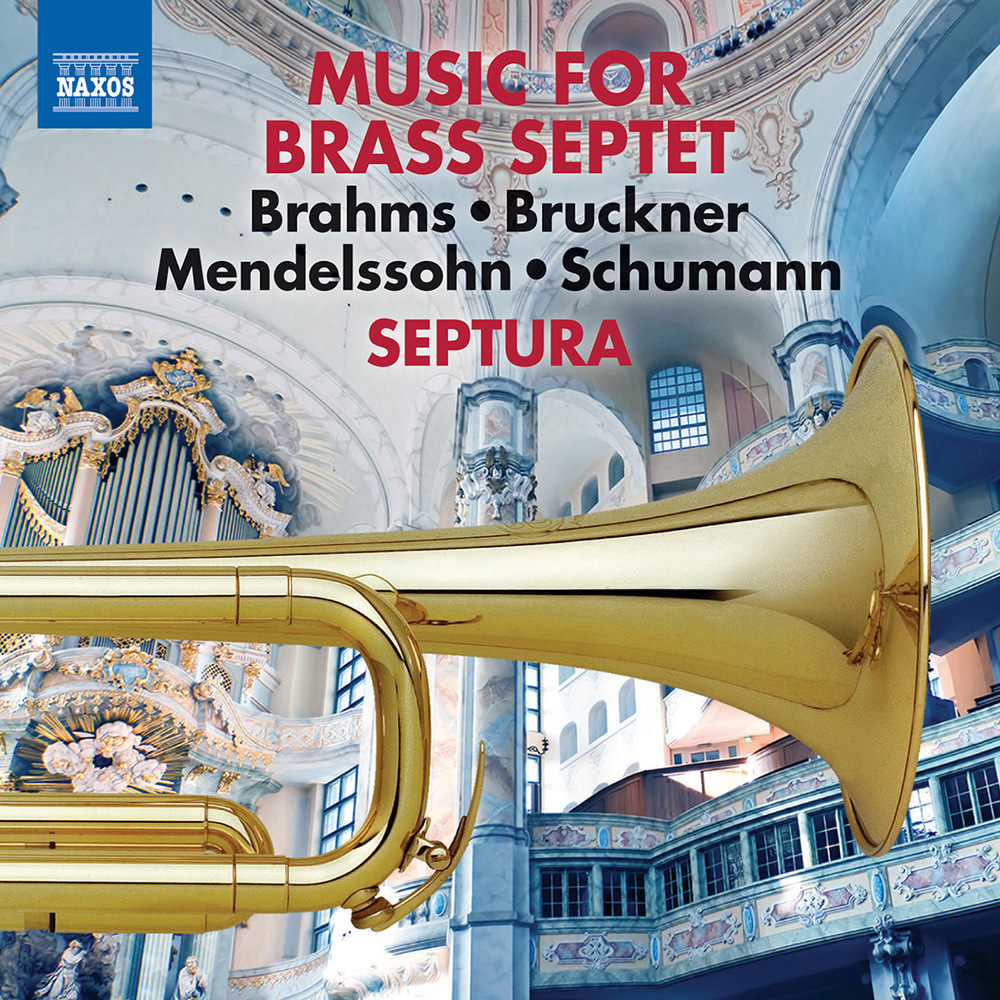 "... smoothly projected, perfectly balanced, homogeneous sound produced with immaculate ensemble, absolute unity of attack and spot-on intonation. This is brass playing at its most exalted. Bring on the next installment!"
- Fanfare

What if four celebrated 19th century composers had written original works for brass septet? This release, the first volume in a series from brass ensemble Septura, explores that fascinating counterfactual twist, reimagining choral and organ works by Brahms, Bruckner, Mendelssohn and Schumann. The arrangements call on the full dynamic and tonal range of the instruments, often extended with a multitude of mutes, to imitate the expressivity of the choir, the power of the organ and the versatile sonorities of its different registrations and manuals. In dazzling and varied combinations the arrangers and performers together persuade us that this could indeed be original brass chamber music.
96 kHz / 24-bit PCM – Naxos Studio Masters