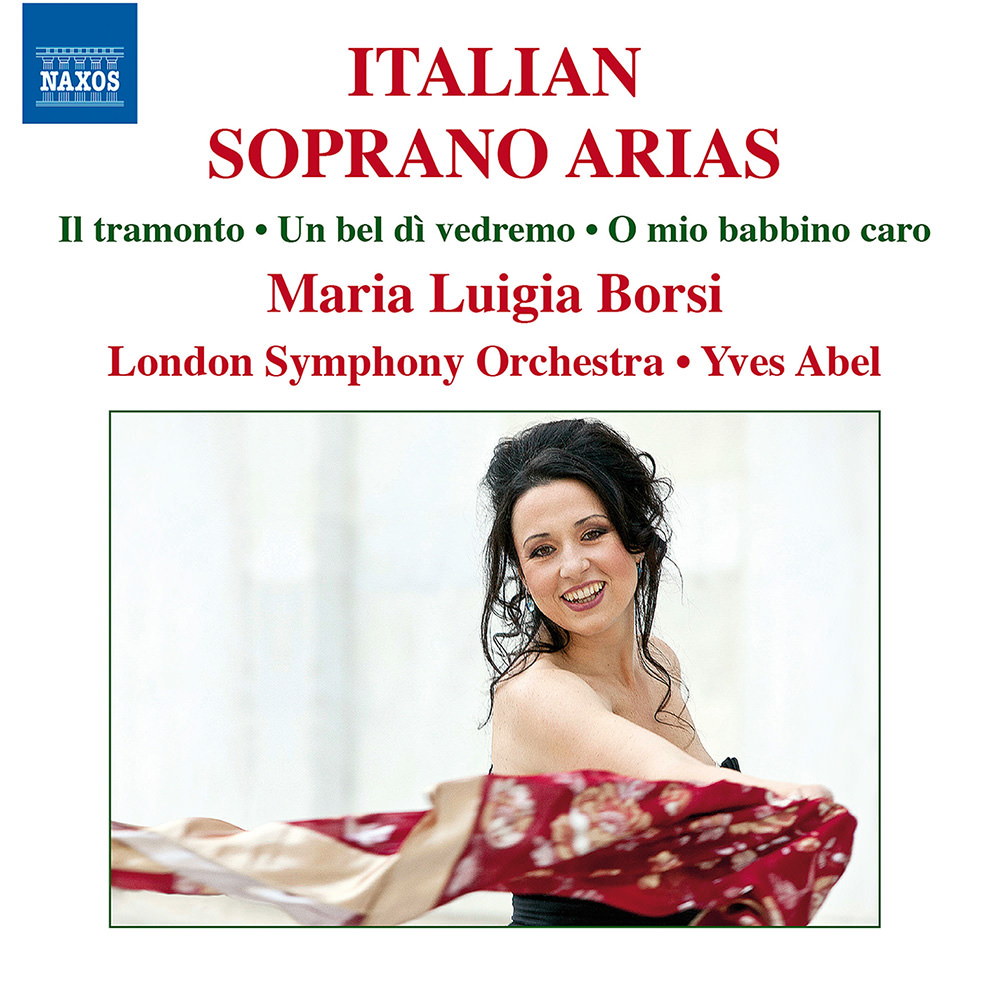 "It is welcome to have ... a collection as attractive as this delightful disc ... here is a young, sweet-toned lyric soprano able to float pianissimos in the highest register to ravishing effect. The performance that Borsi gives is not just ravishingly beautiful but has a dramatic intensity ... it is luxury casting to have the LSO crisply conducted by Yves Abel."
- Gramophone

Appearing here on her debut solo album, Italian lyric soprano Maria Luigia Borsi has been acclaimed for her "grace, beauty, animation and variety" by the The Sunday Times. Her Willow Song from Verdi’s Otello has been described as "gorgeously sung" by Opera News and her role in Puccini’s Turandot as demonstrating "extraordinary communicative skills" by Opera Magazine. This programme includes some of the most moving and dramatic arias from Italian opera, including the tragic heartbreak of Madama Butterfly and the shimmering beauty of Catalani’s Ebben? Ne andrò lontana from La Wally.
44.1 kHz / 24-bit PCM – Naxos Studio Masters