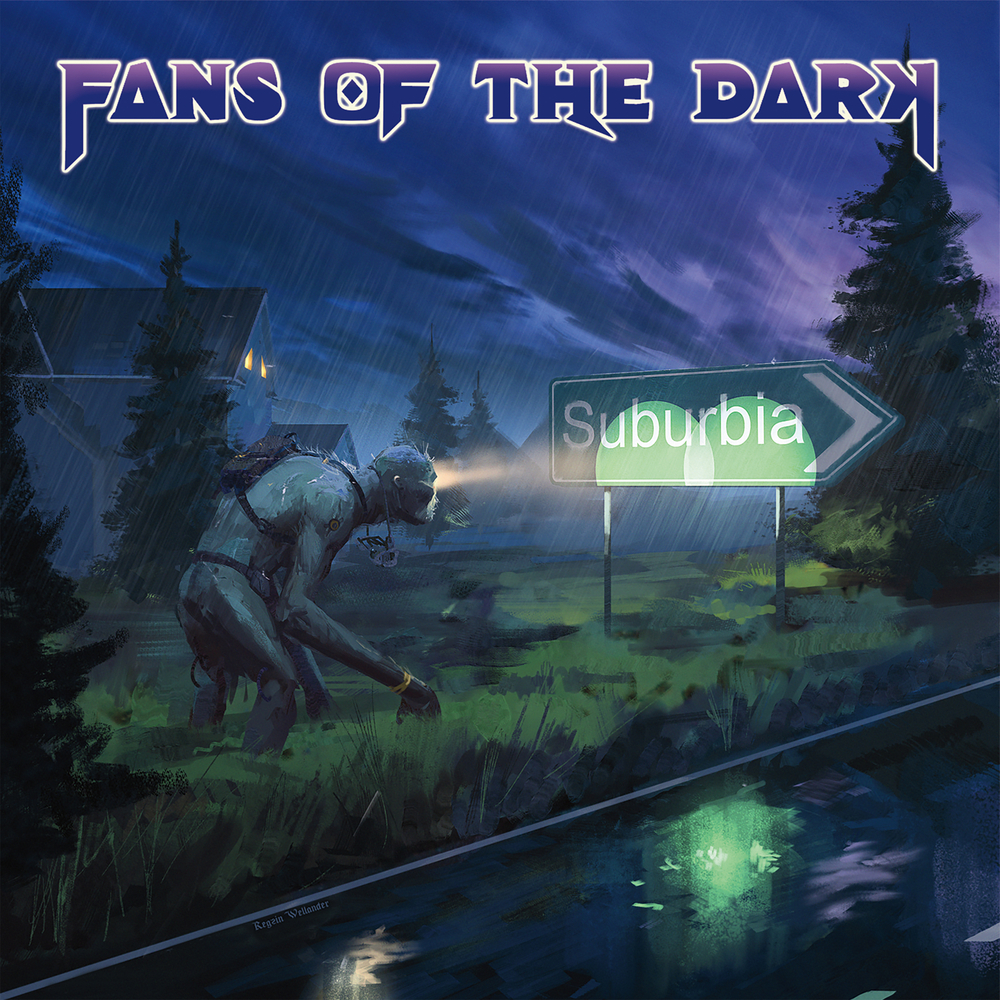 Fans Of The Dark

Available in 44.1 kHz / 24-bit AIFF, FLAC audio formats
Frontiers Music Srl is pleased to present the sophomore release from Sweden's Fans Of The Dark, Suburbia. Suburbia is a sequel of sorts to the band's self-titled debut, following similar themes, both musically and lyrically and even with the theme of the artwork, while seeing the band continuing to evolve. Drummer Freddie Allen's vision for the band is to do as the great hard rock and metal bands of the '70s and '80s did, which was to constantly work on their craft and release new music with regularity. In keeping with that vision, the band set to work on their second album quickly after the release of their self-titled debut. Suburbia follows more or less exactly one year after said debut, which was released in the fall of 2021. "It is pretty much a sibling to the first album, with similar themes and ideas, only this time going deeper into the world where most of us grew up, and where we first got in touch with hard rock music, horror films on VHS, 80's teen culture, and all else that shaped us - the suburbs." - Freddie Allen (Frontman)
44.1 kHz / 24-bit PCM – Frontiers Records s.r.l. Studio Masters