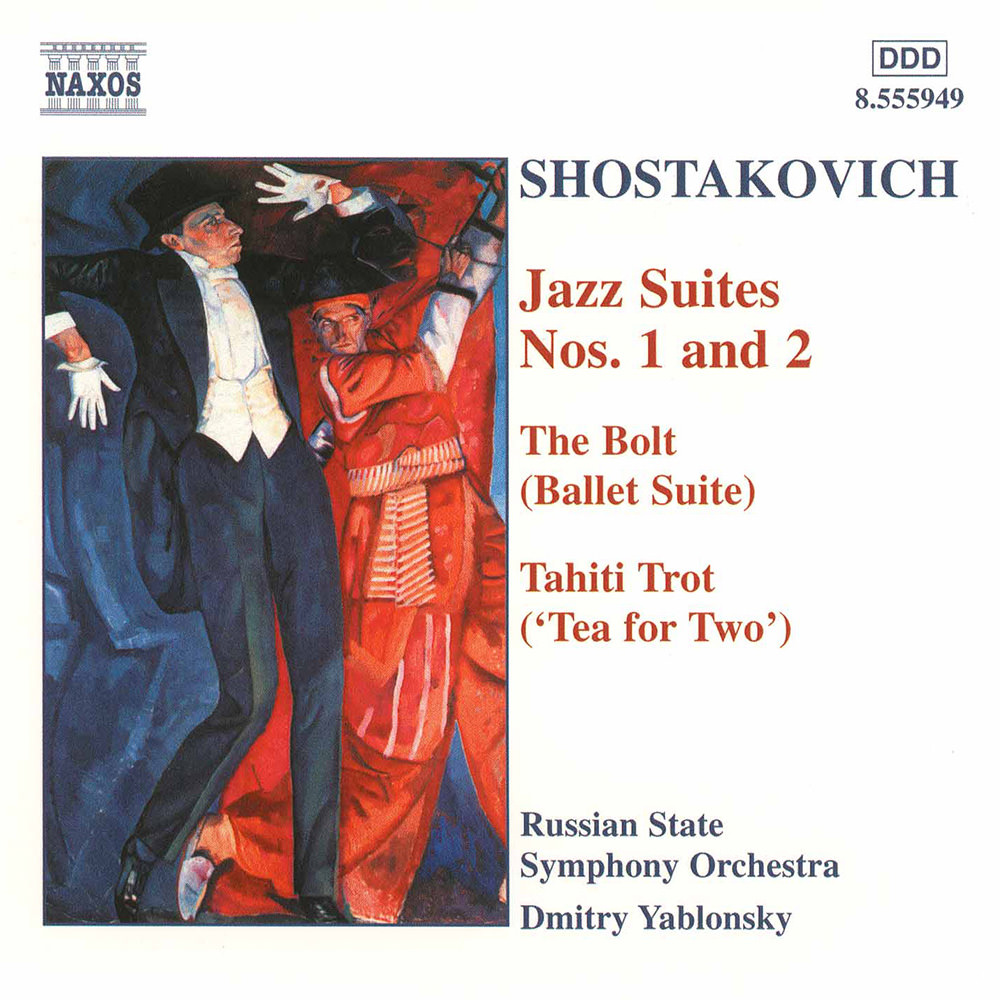 Available in 44.1 kHz / 24-bit AIFF, FLAC audio formats
"... you can expect colourful winds and penetrating brass ...try the Weill-like Foxtrot from the Jazz Suite No. 1 and I dare say you'll be hooked: those trombone glissandos are nicely done, the Hawaiian guitar slyly insinuating." - Gramophone "The Jazz Suites show a light-hearted Shostakovich at his witty best, with the composer’s ironic tang adding a piquant spice. Likewise, the dances from The Bolt, not quite so inconsequential, but just as enjoyable, have an edge, which makes Shostakovich so enticing. Yablonsky directs enjoyable, straightforward accounts of these works ... the inclusion of Shostakovich’s arrangement of Tea for Two is a real bonus." - The Penguin Guide to Recorded Classical Music Although symphonies, string quartets and concertos represent the core of his achievement, Shostakovich had wide sympathies across the musical spectrum: hence his oft-repeated comment that he enjoyed all music from Bach to Offenbach. All of the works on this 2002 album will come as a surprise to those who know Shostakovich only as a concert composer in the Beethovenian tradition. Shostakovich’s three ballet scores belong to his early radical years, roughly 1926 to 1934, when he was working in a variety of media while, perhaps not altogether consciously, avoiding the symphonic domain he was later to make his own. After the short-lived success of his first ballet The Golden Age in 1930, he completed its follow-up, The Bolt, less than six months later. The Bolt closed after only a handful of performances, and was never revived as such in the composer’s lifetime. Shostakovich did not attempt a specifically jazz-oriented work until 1934, when he entered a competition in Leningrad whose aim was to elevate jazz from café music to a more serious status. The three-movement Jazz Suite No. 1 achieves this with deft precision. A second Jazz Suite followed in 1938, but the score was lost during World War Two. It was not to be heard again until 2000.
44.1 kHz / 24-bit PCM – Naxos Studio Masters