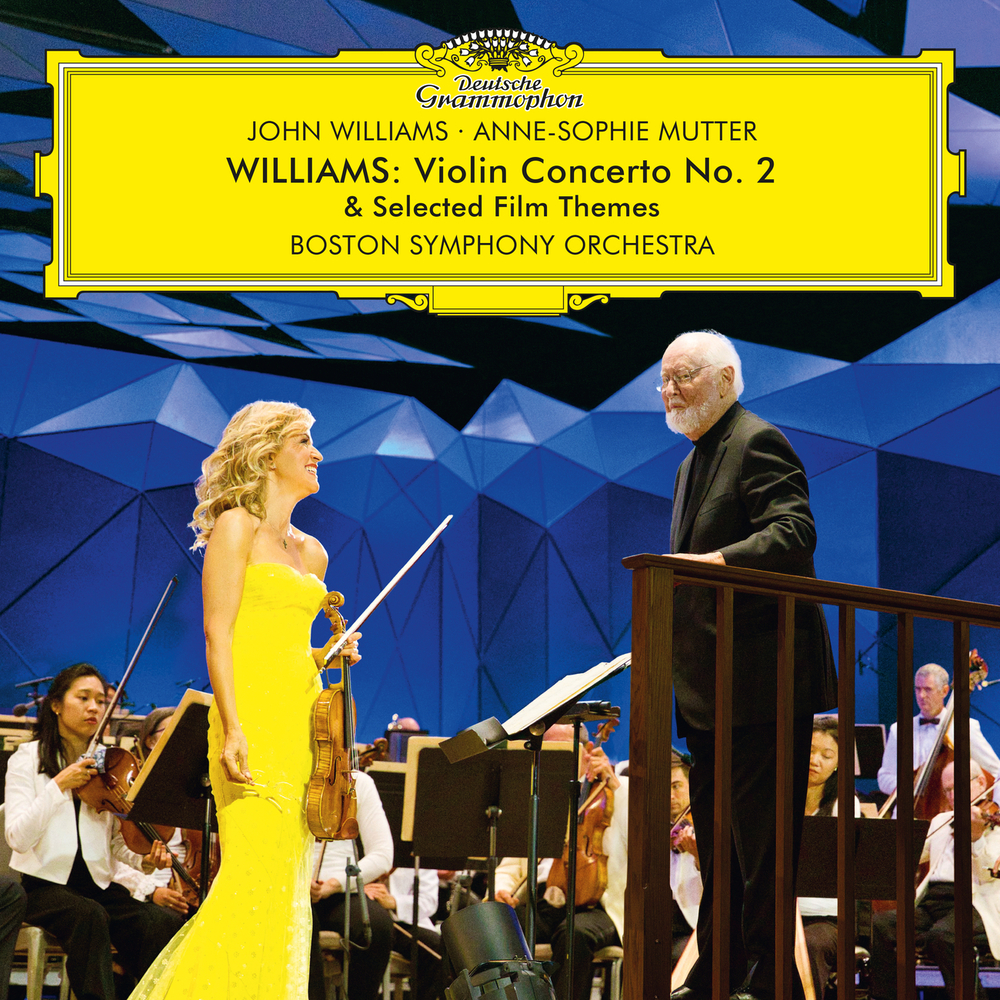 Available in 96 kHz / 24-bit AIFF, FLAC high resolution audio formats
Following the huge success of John Williams – The Berlin Concert, which topped the German pop charts earlier this year, Deutsche Grammophon presents the world premiere recording of John Williams’ "Violin Concerto No. 2". The work was written for and recorded by the venerated composer’s friend and frequent collaborator Anne-Sophie Mutter. Her impassioned performance was given with the Boston Symphony Orchestra, conducted by Williams, who celebrated his 90th birthday on 8 February. The new album also includes three film themes newly arranged for the violinist by their composer – the Theme from The Long Goodbye, “Han Solo and the Princess” from Star Wars: The Empire Strikes Back, and “Marion’s Theme” from Indiana Jones and the Raiders of the Lost Ark.
96 kHz / 24-bit PCM – Deutsche Grammophon (DG) Studio Masters