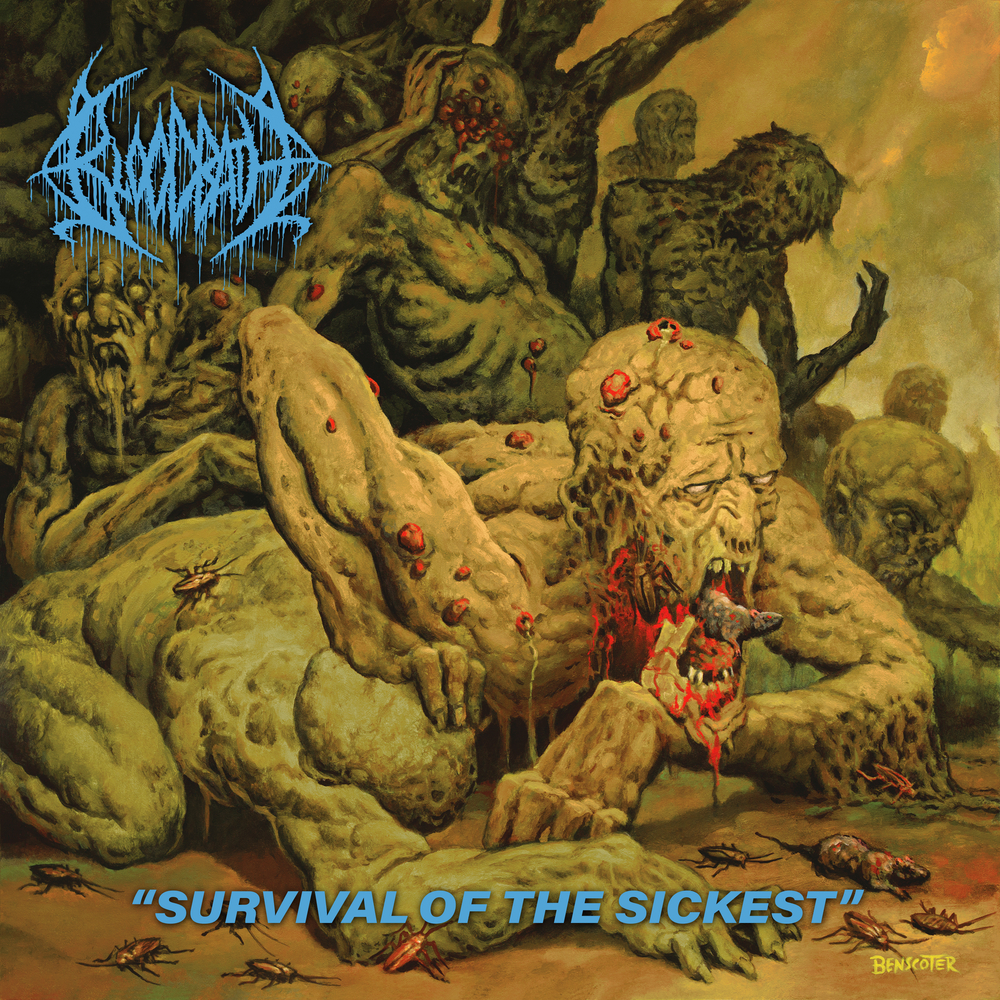 "Survival of the Sickest"

Available in 44.1 kHz / 24-bit AIFF, FLAC audio formats
It’s time for another deep dive into the horrors of mortality and the foul side of the supernatural. It’s time for Survival Of The Sickest (via Napalm Records), the sixth full-length album from Bloodbath, Sweden’s undisputed masters of old school death metal. Formed by Jonas Renkse and Anders Nyström (both of Katatonia), Mikael Åkerfeldt (Opeth) and Dan Swanö (Edge Of Sanity) in 1998, Bloodbath devoted themselves to resurrecting the increasingly forgotten art of pure death metal. In 2014, they unveiled a new frontman – legendary Paradise Lost vocalist Nick Holmes, now redubbed Old Nick – and yet another macabre musical evolution. With a line-up of Renkse, Nyström, Per ‘Sodomizer’ Eriksson (ex-Katatonia), Martin ‘Axe’ Axenrot (ex-Opeth) and Holmes, the only way to go was grim. Fast forward to 2022 – the world is in flames, and Survival Of The Sickest offers no respite from the horrors of reality. Instead, with the addition of new guitarist Tomas ‘Plytet’ Åkvik (Lik) onboard, Bloodbath's latest and greatest album gleefully confronts the slavering ghoul lurking in the shadows, and treats him to ten songs of ripping death metal frenzy. From the thuggish brain-smash of opener “Zombie Inferno”, to the bleak, obsidian ooze of the closing “No God Before Me”, this is the sound of a great band in blistering form. In contrast with The Arrow Of Satan Is Drawn, which borrowed heavily from the blackened end of the death metal world, the new Bloodbath goes straight for the jugular in true old school fashion. With strong echoes of everything from Morbid Angel and Death through to Deicide and Obituary, songs like the rampaging “Putrefying Corpse”, the disgustingly slow and heavy “Dead Parade”, and the deliciously twisted “Tales Of Melting Flesh” breathe fresh fire into an arcane, perpetually rotting formula. Alongside Bloodbath's official alumni, Survival Of The Sickest boasts a smattering of irresistible cameos from the great, good and ghoulish of the metal underground, including Barney Greenway (Napalm Death), Luc Lemay (Gorguts) and Marc Grewe (Morgoth).
44.1 kHz / 24-bit PCM – Napalm Records Handels Studio Masters