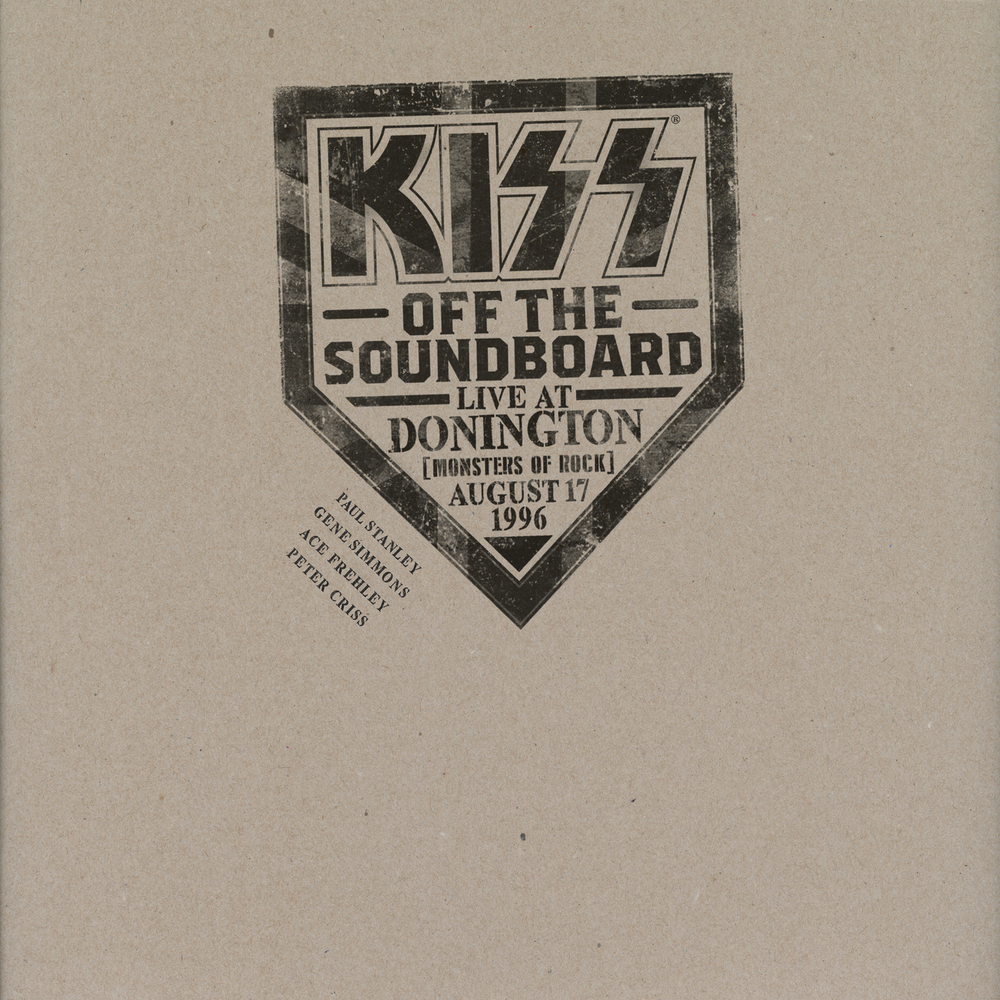 KISS Off The Soundboard: Live In Donington

Available in 96 kHz / 24-bit AIFF, FLAC high resolution audio formats
Rock icons KISS release the next installment of their popular Off The Soundboard official live bootleg series with KISS – Off The Soundboard: Live At Donington 1996, recorded during the Monsters Of Rock Festival at Donington Park in England on August 17, 1996. KISS – Off The Soundboard: Live At Donington 1996 was recorded during the final year of the original run of the renowned annual music festival held at Donington Park in Leicestershire, England, and the 17-song set features powerhouse performances of classic KISS concert staples such as “Do You Love Me,” “Shout It Out Loud,” “God Of Thunder,” and the title song from their 1976 multi-platinum Top Five album Love Gun. KISS closed the festival on this date, which was also part of the highly anticipated Alive/Worldwide reunion tour featuring Paul Stanley, Gene Simmons, Ace Frehley, and Peter Criss, making KISS – Off The Soundboard: Live At Donington 1996 a stunning sonic souvenir of this moment in KISStory.
96 kHz / 24-bit PCM – UMe Direct 2 Studio Masters