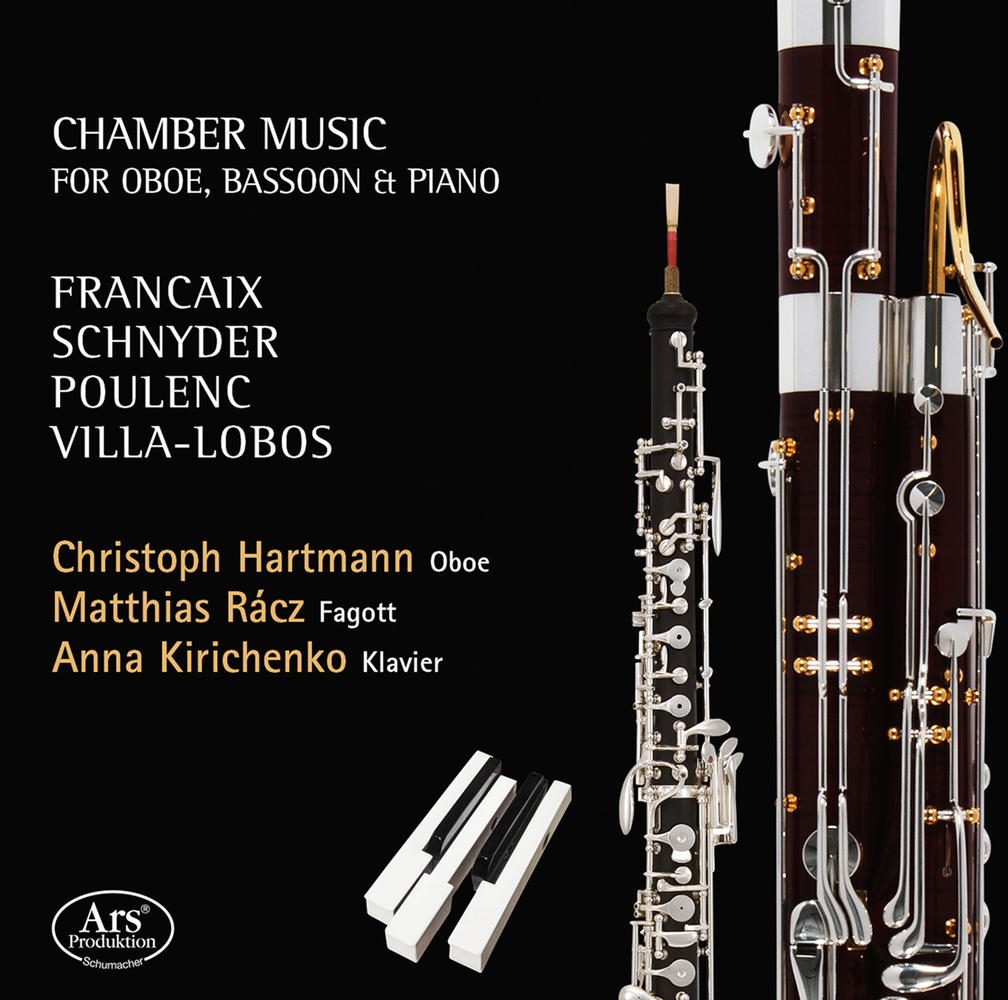 Available in 48 kHz / 24-bit AIFF, FLAC audio formats
The present release is a showcase of chamber music for oboe, bassoon, and piano by Jean Francaix, Daniel Schnyder, Francis Poulenc, and Heitor Villa-Lobos. Christoph Hartmann began his career as an orchestral musician in 1991 with the Stuttgart Philharmonic, and the following year moved to Berlin. A teacher since 1993 in the Berliner Philharmoniker’s Orchestra Academy, in 1999 Hartmann, together with colleagues, founded the Landsberger Sommermusiken (Landsberg Summer Music), out of which evolved the Ensemble Berlin. Matthias Racz serves as Principal Bassoon for Zurich Tonhalle Orchestra since 2003, Principal Bassoon for Lucerne Festival Orchestra, Professor at Hochschule for Music and Theatre in Zurich, & artistic director for bassoon for The Muri Competition in Muri, Switzerland. Anna Kirichenko studied piano and composition at the Neshdanova University in her home town of Odessa, Ukraine. She continued her studies in piano with Professor Hans Leygraf at the Mozarteum in Salzburg. Since her debut with the Odessa Philharmonic Orchestra, she has worked in close collaboration with orchestras throughout Russia and Ukraine.
48 kHz / 24-bit PCM – Ars Produktion Studio Masters