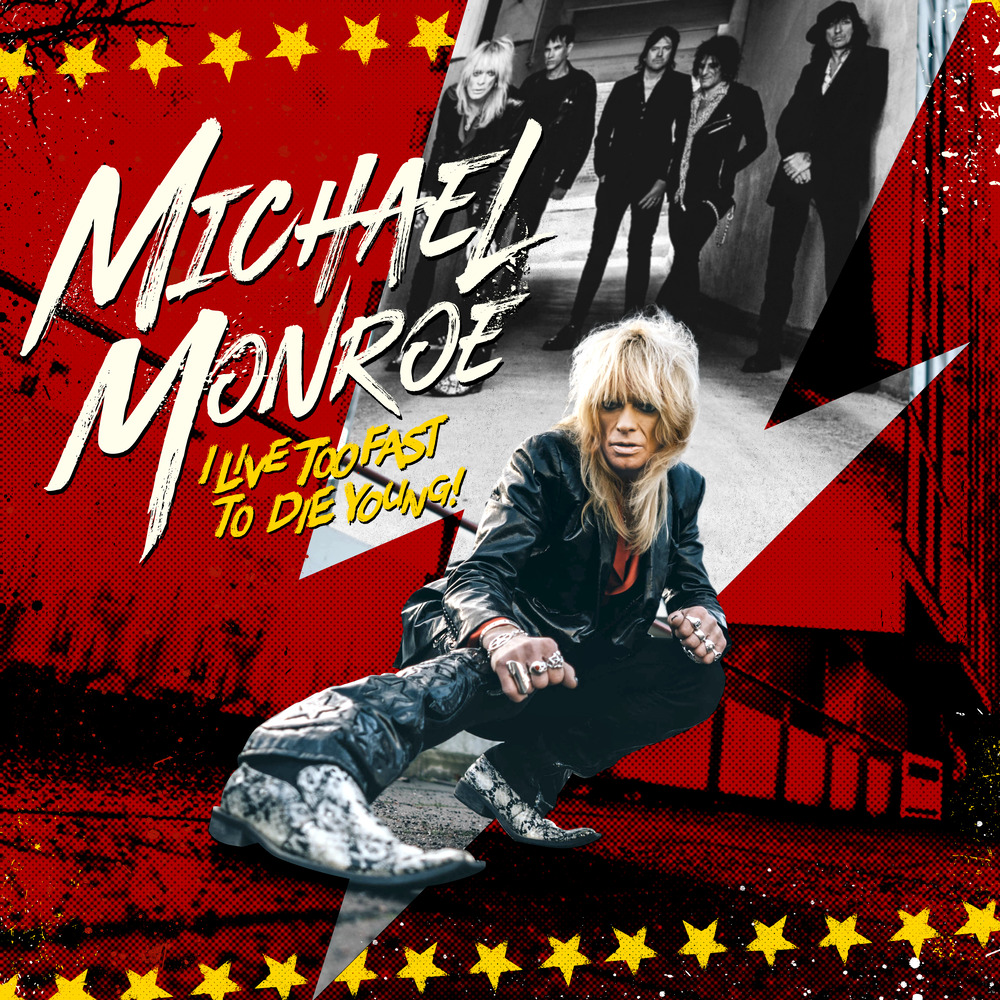 I Live Too Fast to Die Young

Available in MQA and 44.1 kHz / 24-bit AIFF, FLAC audio formats
“I live too fast to die young, it ain’t nothing when your head’s screwed on,” roars the Crown Prince of exciting, electric frontmen Michael Monroe, on his second album for Silver Lining Music. I Live Too Fast To Die Young, and let that be a victory cry of truth. In an era where pandemics and war are seamless bookends to a continually crazy society, Monroe & co decided to get together in December 2021 to follow up 2019’s critically acclaimed One Man Gang with 11 street-walking’, jive talking’, strutting ‘n’ swaggering procklamations that double down and deliver on that title. Recorded at Inkfish Studios in Helsinki, Finland between November and December 2021 and produced by the band with engineer Erno Laitinen, the album features Monroe on lead vocals and harmonica, Steve Conte (guitars and vocals), Rich Jones (guitar, vocals), Karl Rockfist (drums) and Sami Yaffa (bass/vocals/guitar) as well as enjoying several guests including Guns N’ Roses guitar legend Slash, who solos and provides additional guitars on the title track. “This album has a great combination and balance of songs, and the collection tells a great overall story,” says Monroe, who became internationally famous as frontman of the enormously influential Hanoi Rocks in the early ‘80s, “it has a lot of colour and energy, and of course it is rock ’n’ roll, but punk is also always going to be a part of who we are, that will never die."
44.1 kHz / 24-bit PCM – Silver Lining Music Studio Masters