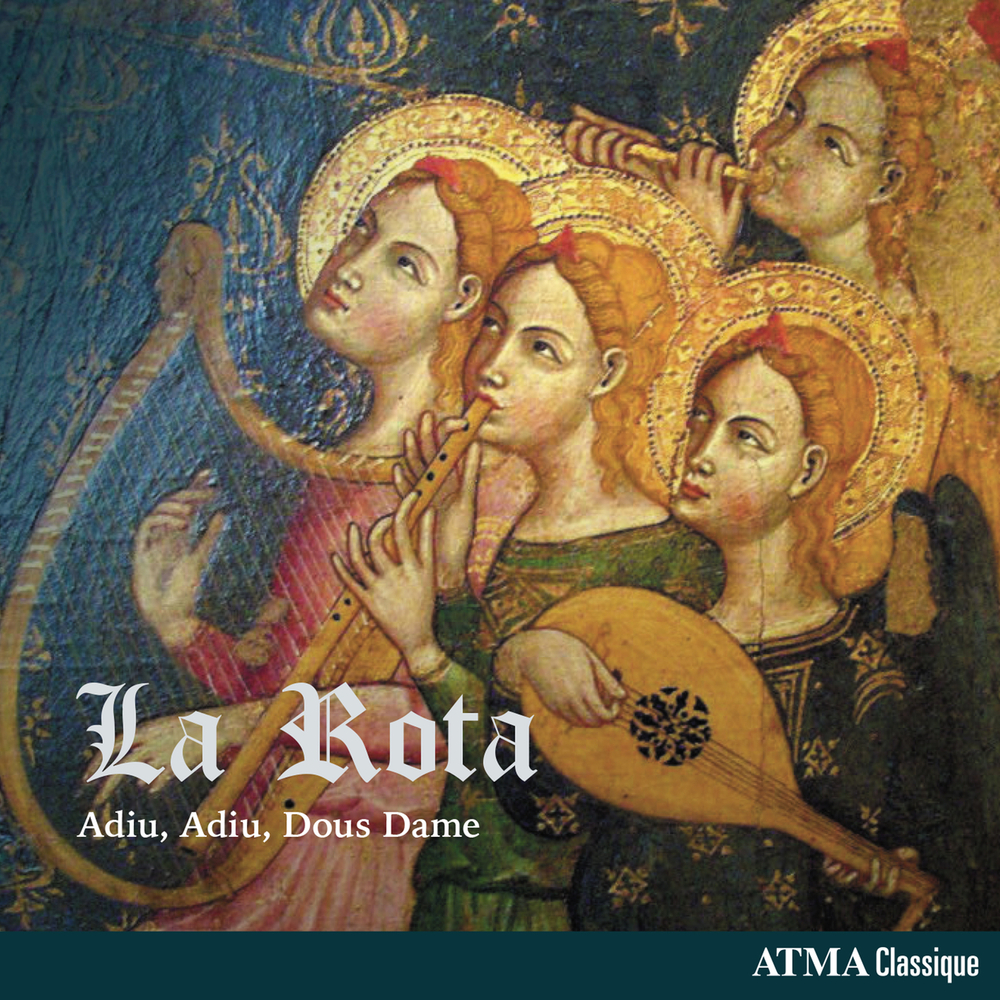 Available in 96 kHz / 24-bit AIFF, FLAC high resolution audio formats
Adiu, Adiu Dous Dame, a new digital-only recording by period ensemble La Rota, brings 14th-century Italian songs to life. Fourteenth-century Florence, the landscape of Boccaccio’s most celebrated oeuvre, Il Decamerone, was one of the most important centres of music and culture in medieval Europe. Despite such setbacks as war, political strife and the black death - which itself set the scene of the Decamerone - art and music flourished, giving rise to such composers as Francesco Landini, Lorenzo da Firenze (Lorenzo Masini), Donato da Firenze and Gherardello da Firenze. Alongside the continued tradition of the vernacular lauda (sung by professional singers), the development of polyphonic compositions such as ballate and madrigals was privileged, as well as a handful of virtuosic instrumental pieces including Istanpitte and Saltarelli, which survive in a sole manuscript of Florentine origin. Throughout the tales which Boccaccio’s characters recount in an effort to entertain themselves during their escape from plague-ridden Florence, are numerous descriptions of singing, dancing and playing of instruments, painting a vivid picture of trecento Florentine musical life.
96 kHz / 24-bit PCM – ATMA Classique Studio Masters