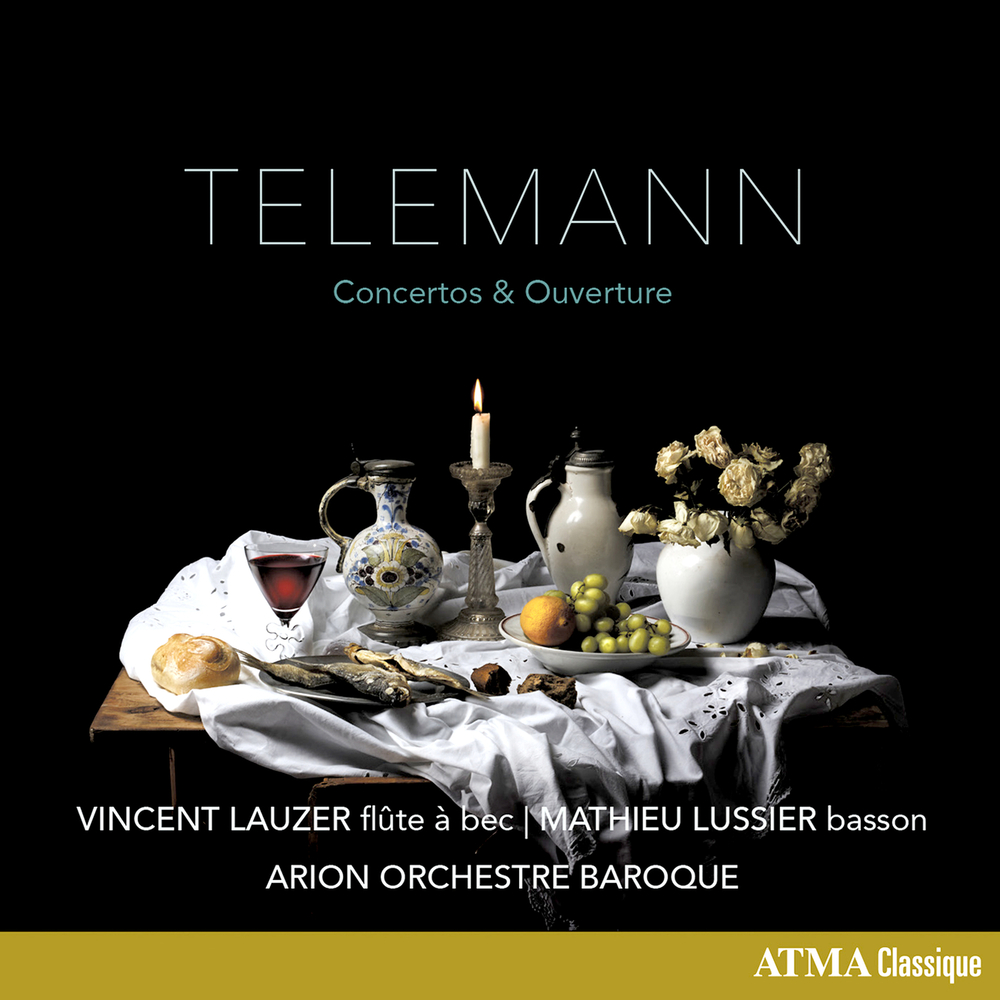 Available in 96 kHz / 24-bit AIFF, FLAC high resolution audio formats
The latest recording by Arion Baroque Orchestra bears witness to the fact that Georg Philipp Telemann’s extensive catalog of works is not yet fully known to listeners. This album marks the world premiere recording, under the direction of Alexander Weimann, of Telemann’s Overture in G major, TWV 55: G5. The accompanying suite of evocatively titled dances is utterly French in character, with a pastoral trio of wind instruments — two oboes and a bassoon. The two concertos on this recording are directed by Mathieu Lussier. They adopt the four-movement form (slow-fast-slow-fast), a vestige of the sonata da chiesa, one of Telemann’s favourite forms. The Concerto for Recorder and Bassoon in F major, played by Vincent Lauzer (recorder) and Lussier performing double duty on bassoon, is an example of the composer’s fondness for unusual sonic combinations. Vincent Lauzer completes the recording with the Concerto for Recorder, Strings, and Continuo in D major. As a soloist, Mathieu Lussier has energetically and passionately promoted the modern and baroque bassoon as solo instruments for more than two decades throughout North America and Europe.
96 kHz / 24-bit PCM – ATMA Classique Studio Masters