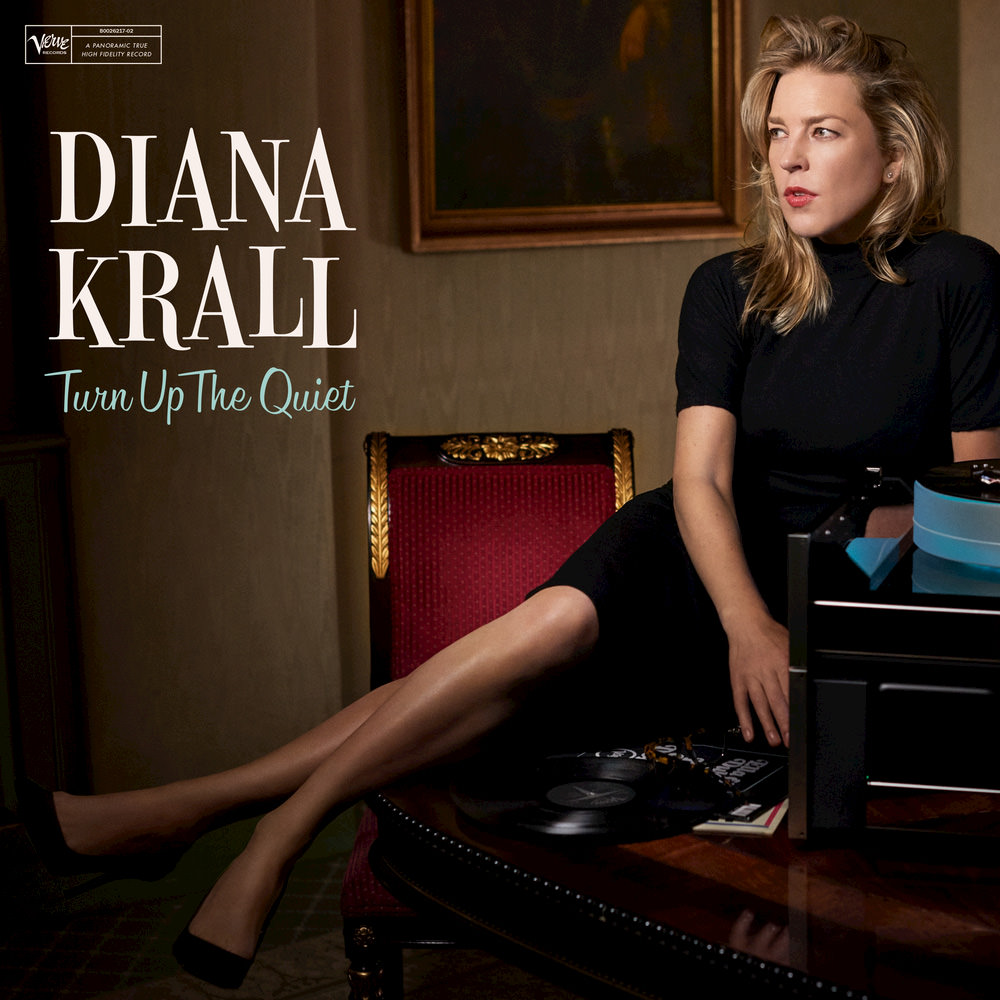 Turn Up The Quiet

Available in 192 kHz / 24-bit, 96 kHz / 24-bit AIFF, FLAC high resolution audio formats
Billboard 200 - #18, 2017 Juno Award Nomination – Vocal Jazz Album of the Year, 2018 Juno Award Nomination – Producer of the Year, 2018 – Jack Richardson (co-producer Tommy Lipuma): L-O-V-E, Night and Day "... (a) smooth take on the Cole Porter classic Night And Day." - Billboard Diana Krall selected the repertoire, conceived the ensemble arrangements and gathered three distinct groups to record Turn Up The Quiet, a showcase for her talent as a bandleader. Co-produced with Grammy winner Tommy LiPuma, responsible for Krall's acclaimed releases All For You, The Look Of Love and Live In Paris, the album was once again engineered and mixed by Al Schmitt, recipient of over 20 Grammy Awards. Krall is first joined by a trio consisting of bassist Christian McBride and guitarist Russell Malone. A quintet with Karriem Riggins on drums and Tony Garnier on bass features the fiddle of Stuart Duncan on I'll See You In My Dreams, while Marc Ribot provides some of his most lyrical guitar playing on an exquisite version of Moonglow. The third ensemble includes guitarist Anthony Wilson, bassist John Clayton Jr. and drummer Jeff Hamilton, who provide some of the most hushed and cinematic performances of the album. Krall has always reached back into the riches of the past to animate and inhabit songs in the present moment but on Turn Up The Quiet she shakes any remaining dust from some of the finest leaves in that greatest of songbooks. "I have thought about these songs for a long time. Being in the company of some of my greatest friends in music allowed me to tell these stories just as I'd intended. Sometimes you just have to turn up the quiet to be heard a little better." - Diana Krall
192 kHz / 24-bit, 96 kHz / 24-bit PCM – Verve Studio Masters