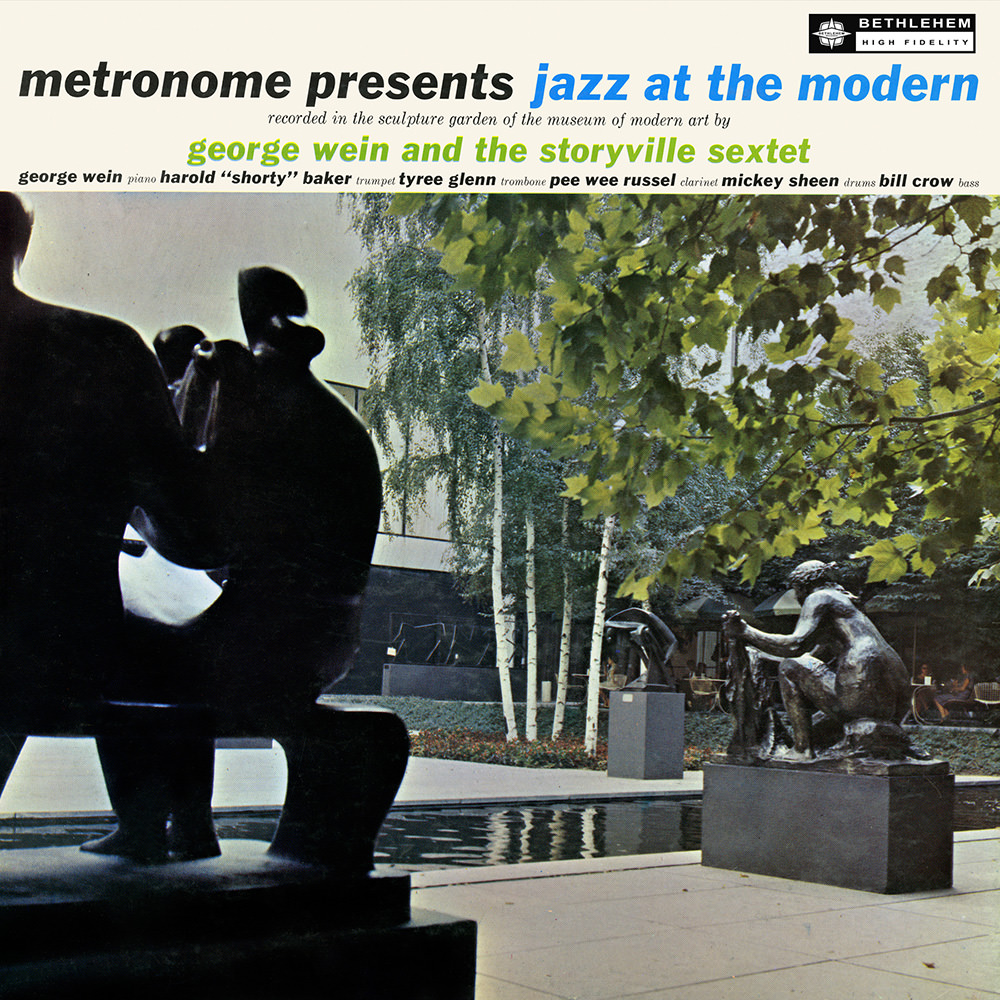 George Wein is the man who is arguably the father of the jazz festivals movement. In 1954 he presented the first Newport Jazz Festival in Rhode Island, which became the template for the modern jazz festival. Wein went on to bring the jazz festival concept to New York, where it has been an annual event since 1972, as well as to many other cities around the world.Though he is known first and foremost for his long career as a jazz producer and impresario, Wein is also a jazz musician. Though his far-flung activities have not afforded him a full-fledged career as a performer and recording artist, he has long been an active pianist in a swing/proto-bebop mode, touring with his own all-star bands. Metronome Presents Jazz at the Modern, released in 1960, was recorded in the sculpture garden of the Museum of Modern Art by Wein and The Storyville Sextet.
96 kHz / 24-bit PCM – Bethlehem Records Studio Masters