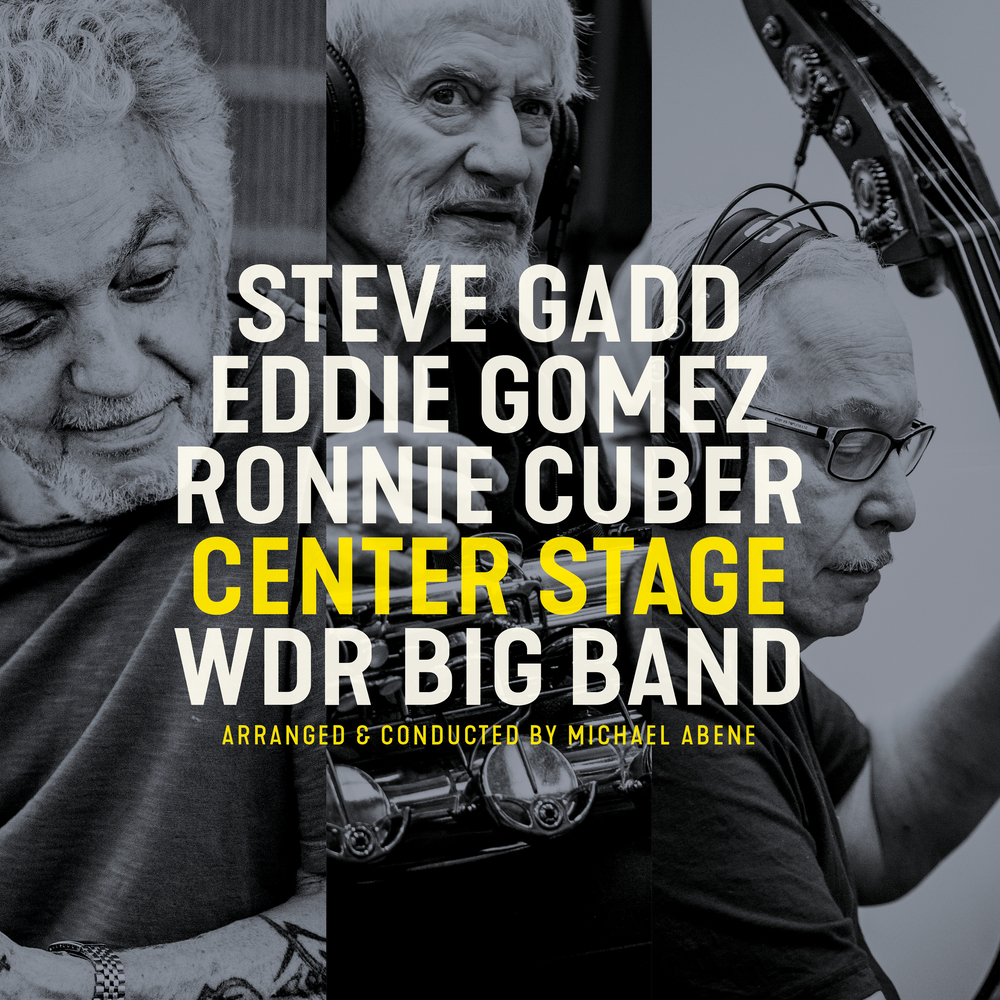 Available in 48 kHz / 24-bit AIFF, FLAC audio formats
Grammy Award Nomination, 2023 – Best Large Jazz Ensemble Album Center Stage Steve Gadd, Eddie Gomez, Ronnie Cuber & WDR Big Band Conducted By Michael Abene For the first time in a very long time super drummer Steve Gadd joins up with his friends from Gadd Gang times, Eddie Gomez and Ronnie Cuber for a production with the WDR Big Band. Under the direction of Michael Abene, a heavenly groovy album emerges, with Steve Gadd and his friends taking center stage. Recorded in january & february of 2022! The cooperation between Steve's Gadd Gang and the WDR Big Band was hanging in the air for quite some time. Already back in 2011 there was talk about a potential collaboration with the Big Band under the leadership of Michael Abene (the chief conductor of that orchestra from 2004 to 2014). "I love Michael and highly esteem his work, says Gadd, his arrangements as well as his piano playing. It is just a matter of trying to get the schedule together, but I am sure at some point we will be able to get it together." - Steve Gadd
48 kHz / 24-bit PCM – Leopard Studio Masters