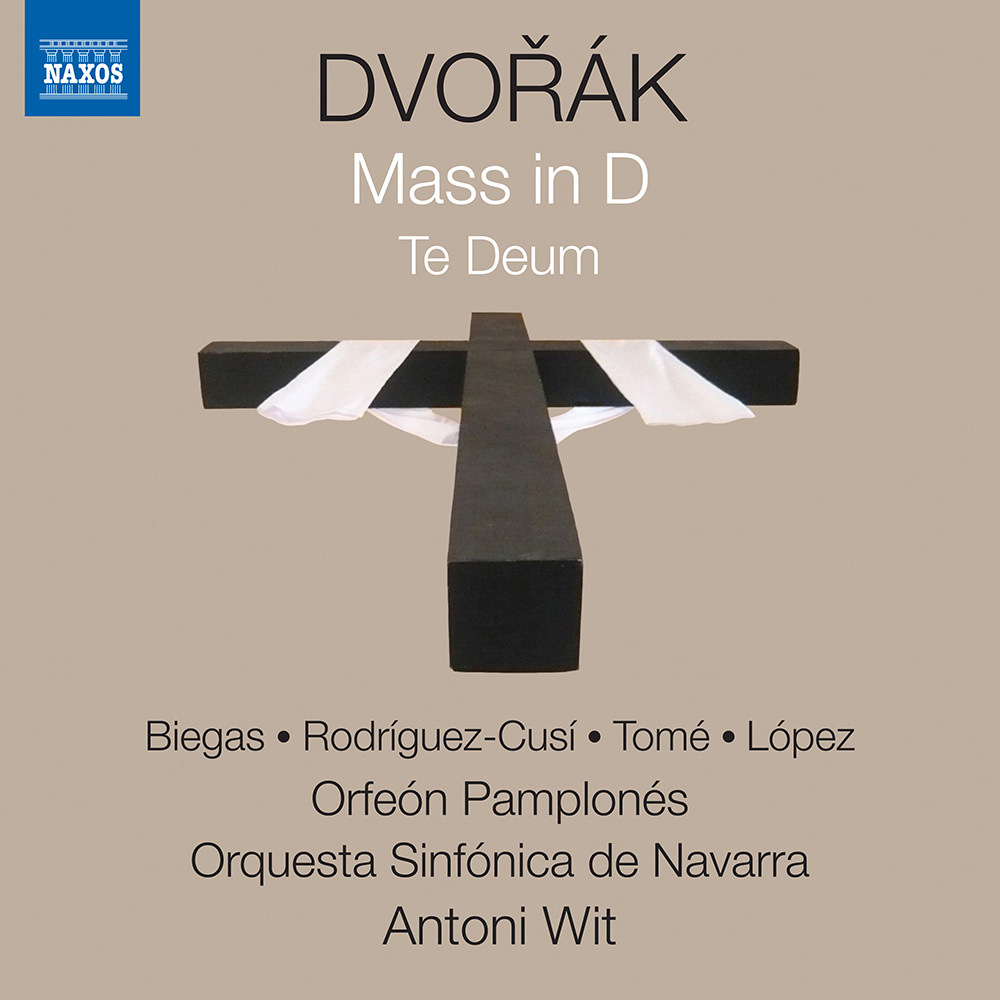 “(Antoni Wit is) the best conductor around these days for big choral works.”
- ClassicsToday.com

Antoni Wit leads the Orfeón Pamplonés and the Orquesta Sinfónica de Navarra in this selection of two of Antonin Dvořák’s most well-loved choral works. The Mass in D, Op. 86 spoke to Dvořák’s popularity in England, as the orchestral version was performed for the first time at 1892 in London’s Crystal Palace. The celebratory Te Deum, written in the same year, was commissioned by the American National Conservatory in New York and its grandiose nature is highlighted by the unusual suggested form of a four movement symphony.
96 kHz / 24-bit PCM – Naxos Studio Masters