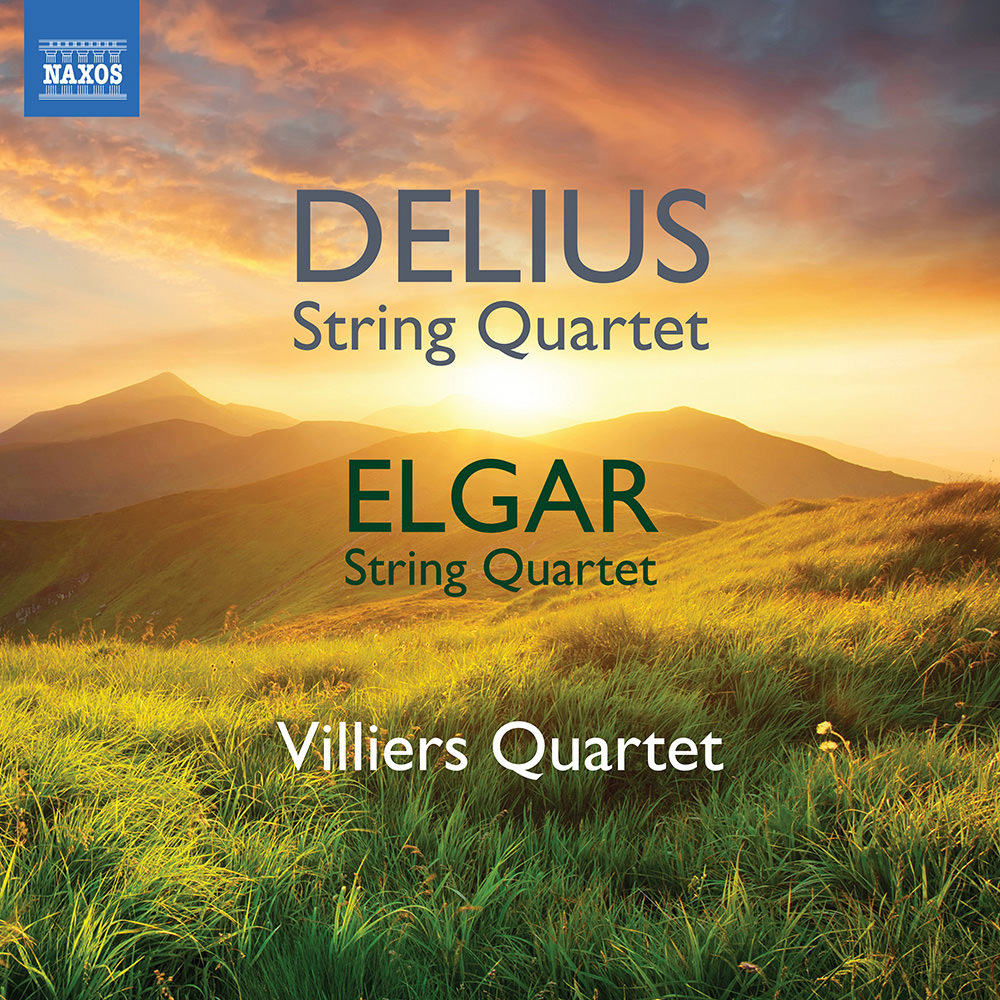 Available in 96 kHz / 24-bit AIFF, FLAC high resolution audio formats
"Four Stars ... Elgar’s only string quartet, a masterpiece of the chamber music repertoire premiered in 1918, is well established. That of his contemporary Delius, dating from a year earlier, is more of a rarity. The composer was discontented with his first (three-movement) attempt and reworked the opening movement and the wistful Late Swallows slow movement. Both versions are included here, each characterized by boundless melody, unexpected major-minor shifts and rhythmic buoyancy. (The Villiers Quartet) play the Delius with zest and passion. Their Elgar, too, is febrile and bold. Fresh playing all round ..." - The Guardian The Villiers Quartet transports listeners back to the end of World War I with this programme dedicated to near contemporaries Edward Elgar and Frederick Delius. The powerful outer movements of Elgar’s string quartet frame a wistful and sombre Andante piacevole. Delius was dissatisfied with the first, three-movement version of his quartet and revised the score. The Villiers Quartet presents the final 1917 version here, followed by the original versions of the opening movement and the Late Swallows slow movement, offering a rare glimpse into Delius’s compositional workshop.
96 kHz / 24-bit PCM – Naxos Studio Masters