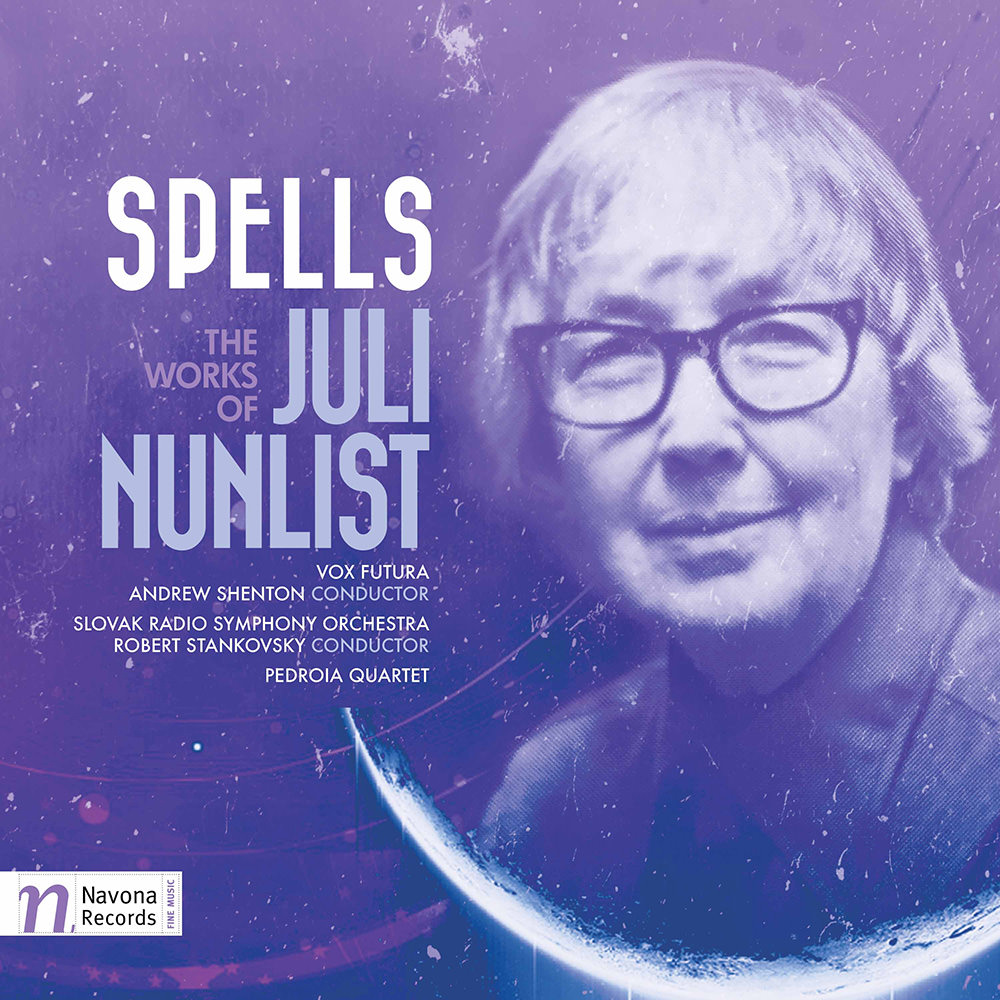 Available in 44.1 kHz / 24-bit AIFF, FLAC audio formats
A composer, musician and poet, Juli Nunlist devoted much of her career to teaching music to dancers, dance instructors and choreographers. Her diverse compositional catalogue features works for string quartet, piano, voice, chamber ensemble and symphony. Spells is a comprehensive look back over lifetime. Her background as a poet influenced her writing and setting of texts, particularly evident on the two vocal selections here: Spells is based on poems by Kathleen Raine while the Six Chansons stem from the poem by Carmen Bernos de Gasztold. The instrumentals include pieces for string quartet, flute and clarinet, with Nunlist's style noticeably informed by Neo-romantic themes. ​
44.1 kHz / 24-bit PCM – Navona Studio Masters