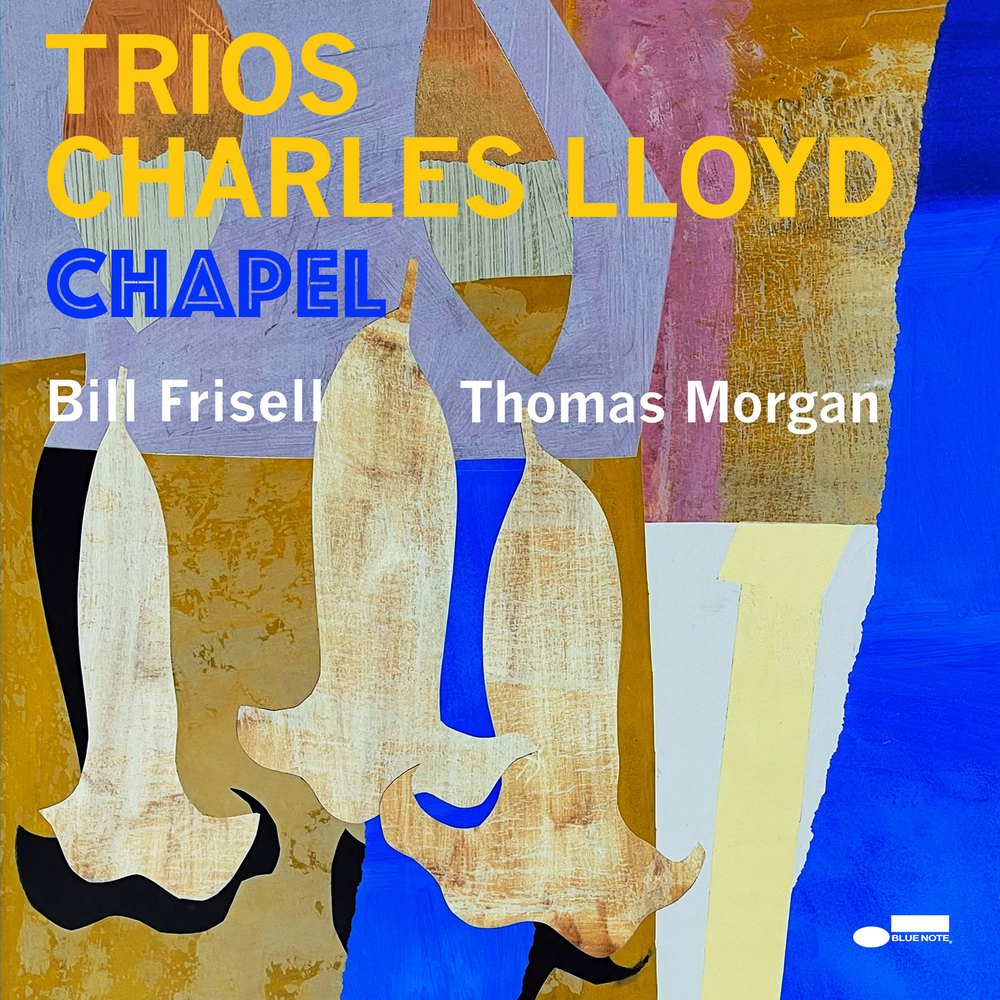 Available in 96 kHz / 24-bit AIFF, FLAC high resolution audio formats
Charles Lloyd has long been a free spirit, master musician, and visionary. For more than 6 decades the legendary saxophonist and composer has loomed large over the music world, and at 84 years old he remains at the height of his powers and as prolific as ever. As a sound seeker, Lloyd’s restless creativity has perhaps found no greater manifestation than on his latest masterwork Trio of Trios, an expansive project that encompasses three albums, each a deft change of musical context that presents him in a different trio setting. The first album in the series Trios: Chapel features guitarist Bill Frisell and bassist Thomas Morgan. The Chapel Trio was named after the group’s inaugural performance in December 2018 at Coates Chapel in San Antonio. Frisell had already cemented his relationship with Lloyd as a charter member of The Marvels when he was invited by Lloyd to join him in a special concert at Coates Chapel on the Southwest School of Arts campus in San Antonio. Lloyd was already familiar with the acoustic properties of the chapel and knew it would not support drums or percussion. He was also aware that Frisell had recorded in a duo context with Morgan, with whom he had developed a close musical rapport, and suggested they might all come together as a trio. The Coates concert left an indelible impression on Lloyd, who later said, “Our first performance has always had a magical place in my memory bank.”
96 kHz / 24-bit PCM – Blue Note Records Studio Masters