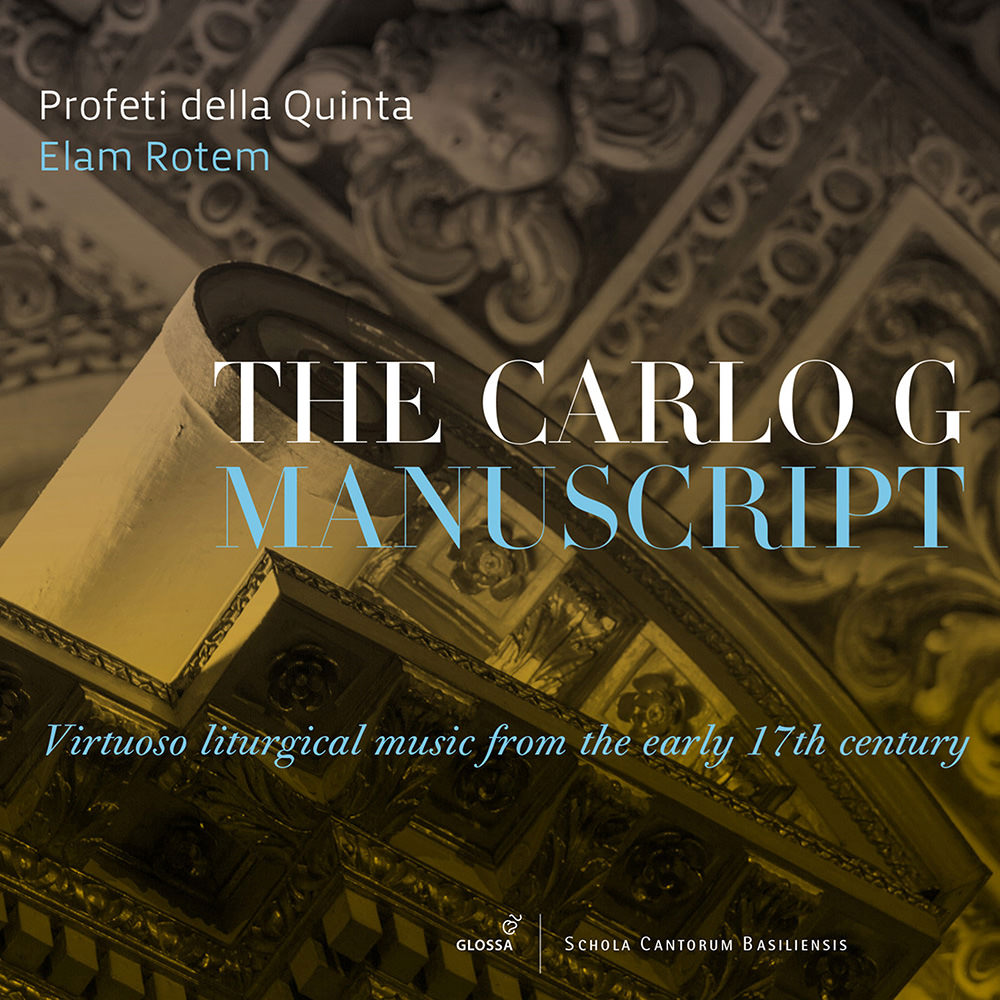 Available in 96 kHz / 24-bit AIFF, FLAC high resolution audio formats
In the early 2000s, the hitherto unknown “Carlo G Manuscript” was purchased at a Vienna jumble sale for the princely sum of 60 euros. Once a doctoral thesis had been prepared based on this document and it had been made available on the internet in the form of scanned images, the manuscript was sold at auction to an anonymous buyer in 2007, as a consequence of which it has once again disappeared. The fact that the surname of its author had become illegible as a result of a smudge deepens the mystery surrounding the manuscript even further, however, although being from the same time as that of the famous Carlo Gesualdo, everything points to the fact the prince of Venosa was not the composer being searched for. An extensive selection of pieces from the manuscript can now be heard courtesy of the Schola Cantorum Basiliensis, performed by the ensemble Profeti della Quinta and directed by organist Elam Rotem. These are liturgical pieces dating from the early 17th century which undoubtedly would have sounded in central Italy in a very similar form to what can be heard here: one of the manuscript’s peculiar characteristics is that it includes, exactly, note for note, what is expected from the singers and organist, embracing the complex ornamentations which, by and large, musicians would improvise and wouldn’t be written down. The acoustic of the Chiesa dei Santi Eusebio e Vittore de Peglio in Italy provides added authenticity to a project which is entrancing from every angle.
96 kHz / 24-bit PCM – Glossa Studio Masters