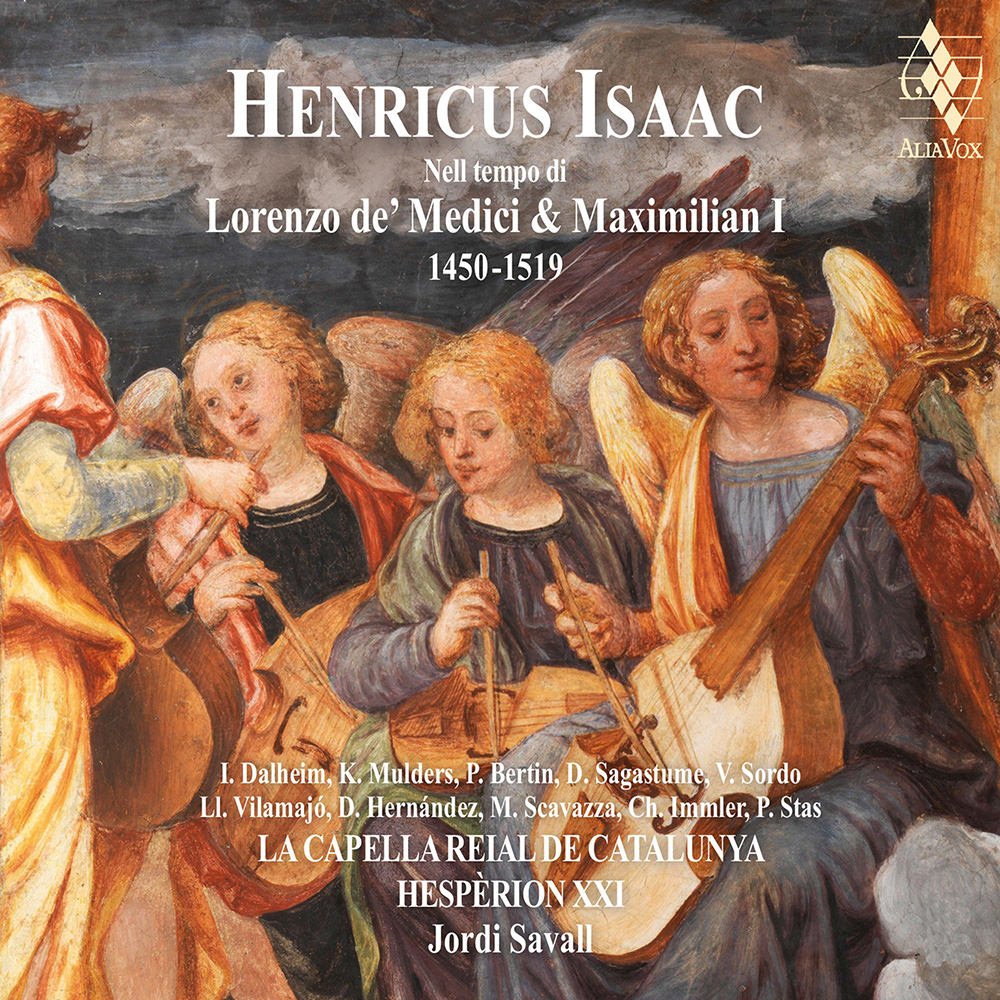 Available in 88.2 kHz / 24-bit AIFF, FLAC high resolution audio formats
With the release of this recording dedicated to Heinrich Isaac, in memory of the 500th anniversary of his death, La Capella Reial de Catalunya pays tribute to one of the greatest Renaissance composers. Isaac was born in Brabant but spent most of his life travelling around Europe, from his native Flanders to the court of Burgundy, Austria and then Italy and Germany. At the invitation of Lorenzo the Magnificent, in 1488 he moved to Florence, the city he continued to call home through all his travels, where he became a highly regarded and much admired member of the Medici court.
88.2 kHz / 24-bit PCM – Alia Vox Studio Masters