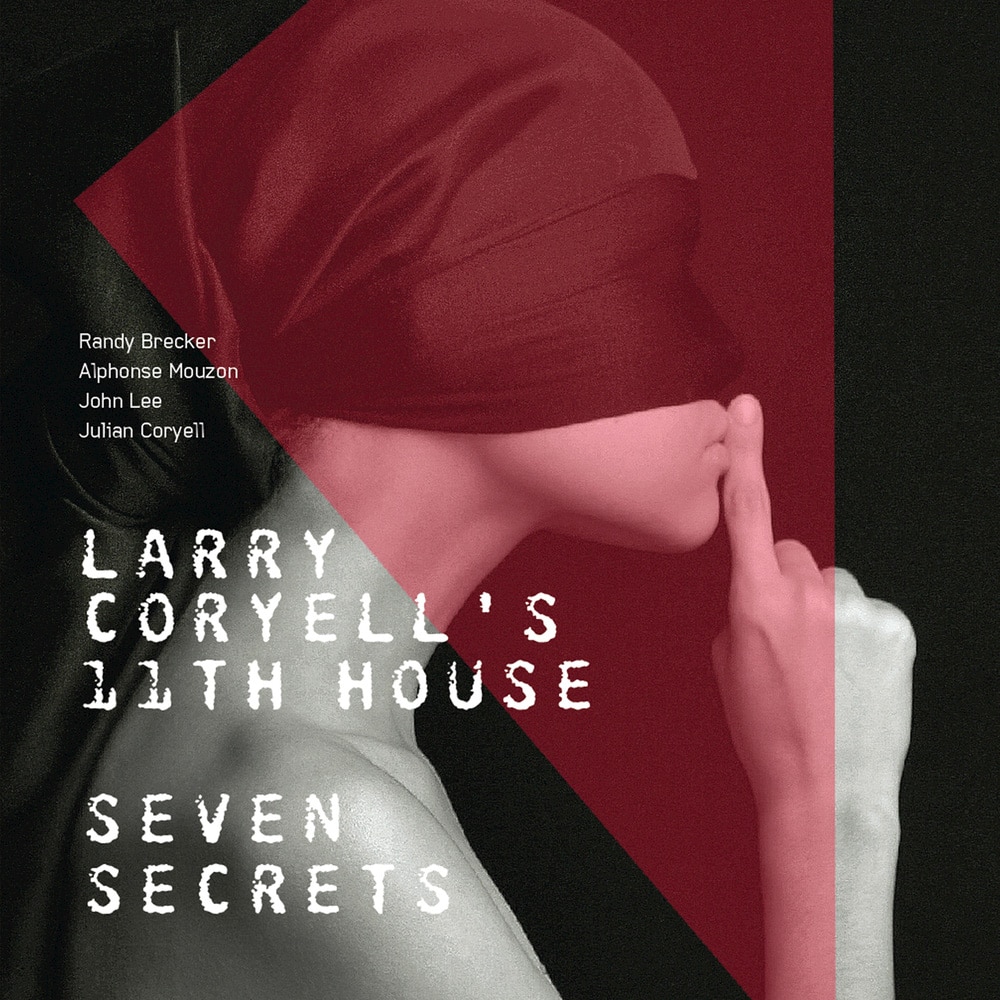 Available in 96 kHz / 24-bit AIFF, FLAC high resolution audio formats
"... (the album's title track) exemplifies the group's hard-edged rhythmic drive and searing fusion sensibility." - DownBeat "Four Stars ... may well turn out to be Coryell's final release as a leader; if it is, he couldn't have gone out in better fashion ... the benefit of bringing a group back together after decades apart is that, ideally, everyone has raised their game considerably in the ensuing years, and brings far more to the table than they originally did ... the chemistry that first made them such a compelling group has only become stronger and deeper with the passing of years ... that Mouzon and Coryell passed away within a couple of months of each other makes Seven Secrets all the more bittersweet. Groove-heavy, while still imbued with the language of jazz that gives it greater depth, it's an album that would have, should have, been a terrific foundation for hitting the road and seeing just how far this group could have taken this music ... even if we'll never know just how terrific this music would have been in concert, it's treasure enough that Seven Secrets has been left as a final statement ... one that makes clear that Coryell and the 11th House of the 21st century possessed everything it had back in the day ... and then some." - All About Jazz The original 11th House band was formed in New York City in 1973 and toured for several years, featuring guitarist Larry Coryell, trumpeter Randy Brecker, drummer Alphonse Mouzon and bassist John Lee. In the summer of 2016, an updated version of 11th House played a week of dynamic, sold out shows at New York City's Blue Note and the gang had so much fun that they decided to reunite in the studio and launch the next chapter, with Coryell's son Julian on guitars. The inspiration for the resulting album was fueled by each of the seasoned musicians' instincts, evolving tastes and the wisdom they had gained over the years playing jazz and pop in a wide variety of settings. Sadly, Mouzon and Coryell died within a couple of months of each other in late 2016 and early 2017, curtailing any plans for future touring. "In my opinion, jazz itself has not changed that much. So when you bring in talented all-stars like Randy, Alphonse, John and Julian, you get the same spirit as we had all those years ago. It's still jazz the way we envision it, unique, exciting and open to genre-busting adventures. It won't turn off any jazz lovers and we know it will excite people who aren't quite sure if they like jazz ... just as the vibe we and those other bands did in the '70s. We're still taking jazz to another level without disrespecting it and having an incredible time doing it!" - Larry Coryell
96 kHz / 24-bit PCM – Savoy Jazz Studio Masters