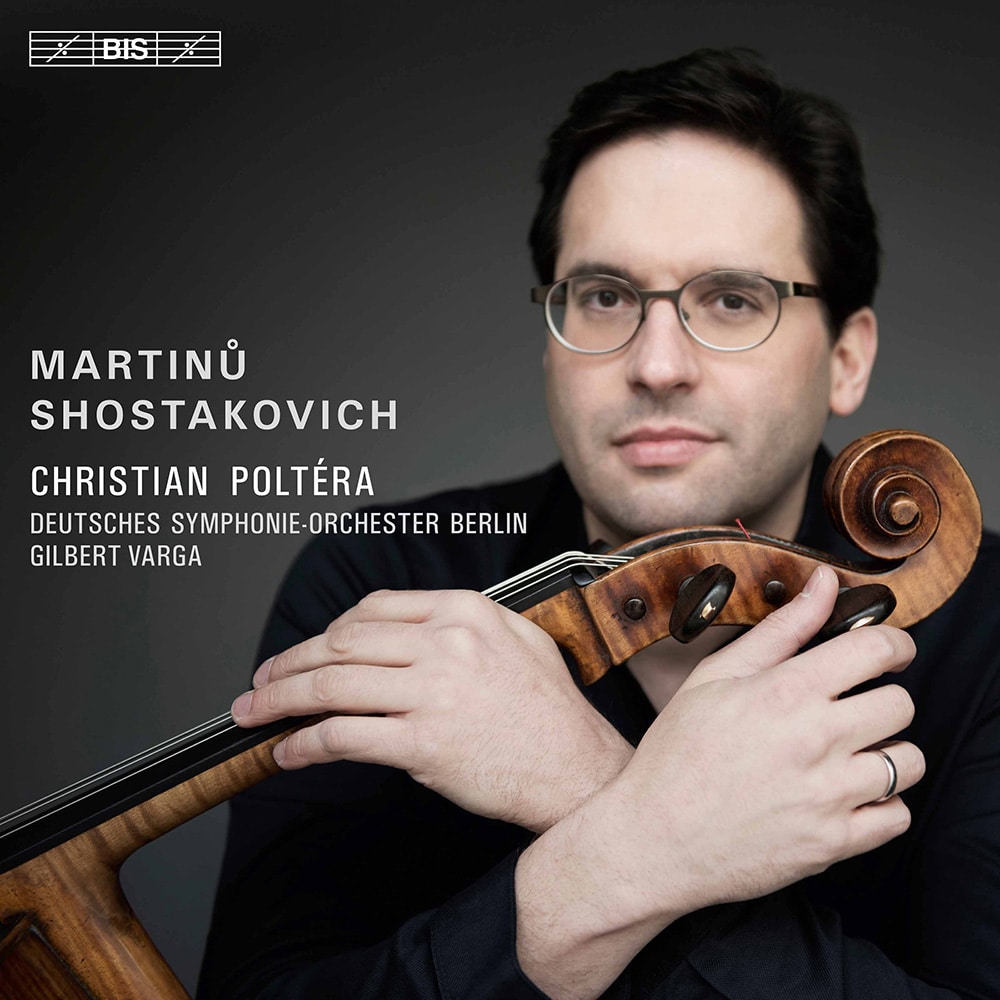 Available in 96 kHz / 24-bit AIFF, FLAC high resolution audio formats
Cellist Christian Poltéra is backed by the Deutsches Symphonie-Orchester Berlin under Gilbert Varga on this programme of concertos by Martinů and Shostakovich. The subdued and introverted Shostakovich work was written in 1966 for his friend Mstislav Rostropovich and is now considered a watershed composition, heralding Shostakovich's final stylistic period marked by a certain sombreness and a trend towards more transparent scoring. Having completed his Cello Concerto No. 2 in 1945, Martinů was unsuccessful in his attempts to interest a leading cellist in promoting it. When the composer furthermore reworked his first cello concerto in 1955, the new version effectively obliterated all traces of the 1945 concerto, which didn't receive its first performance until 1965, six years after Martinů’s death. The piece is melodious with lyrical qualities, interpreted by many as an expression of the nostalgia Martinů experienced as an exile in the US during the last winter of World War II.
96 kHz / 24-bit PCM – BIS Studio Masters