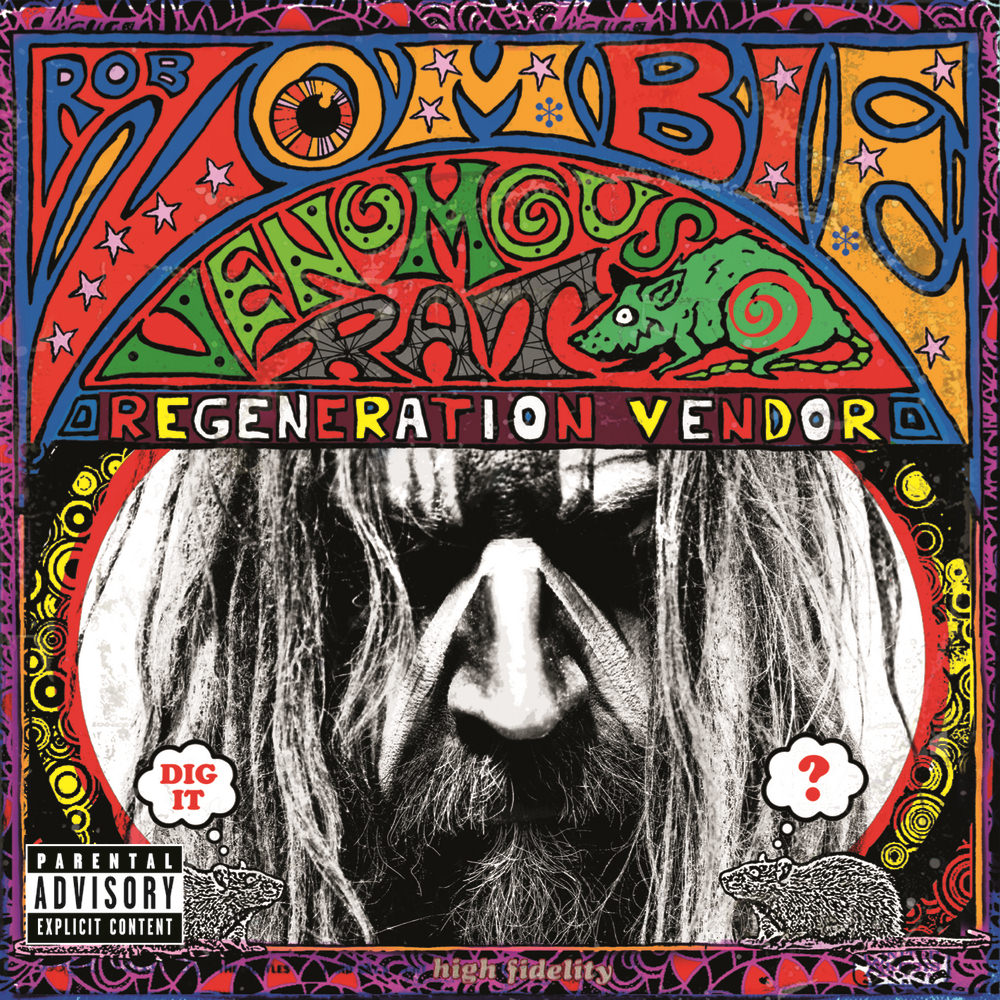 Available in 44.1 kHz / 24-bit AIFF, FLAC audio formats
Billboard 200 - #7, 2013 "Arguably his best album since his debut masterpiece ... a non-stop thrill ride of freakin’ fun rock ‘n’ roll." - Loudwire.com "... a shock-rock album full of shockingly good tunes. Put it in, bang your head, shake your ass. Repeat as necessary. A potent blend of metal fury and dance rhythm, mixed to perfection, this is the best thing Zombie's released since the first Hellbilly Deluxe and measures up to that classic in nearly every way." - MetalUnderground.com Venomous Rat Regeneration Vendor is the fifth studio release from seven-time Grammy-nominated rock legend, noted horror film director and Halloween theme park designer Rob Zombie. Zombie welcomes a new drummer to the band, Ginger Fish recruited from Marilyn Manson, on this album which includes a unique, heavy take on Grand Funk Railroad's We're An American Band. “I think for the first time this new album perfectly merges the old days of White Zombie with the future of what I am doing now. I think fans of both will agree that this is the perfect combo of both worlds.” - Rob Zombie
44.1 kHz / 24-bit PCM – UME Studio Masters