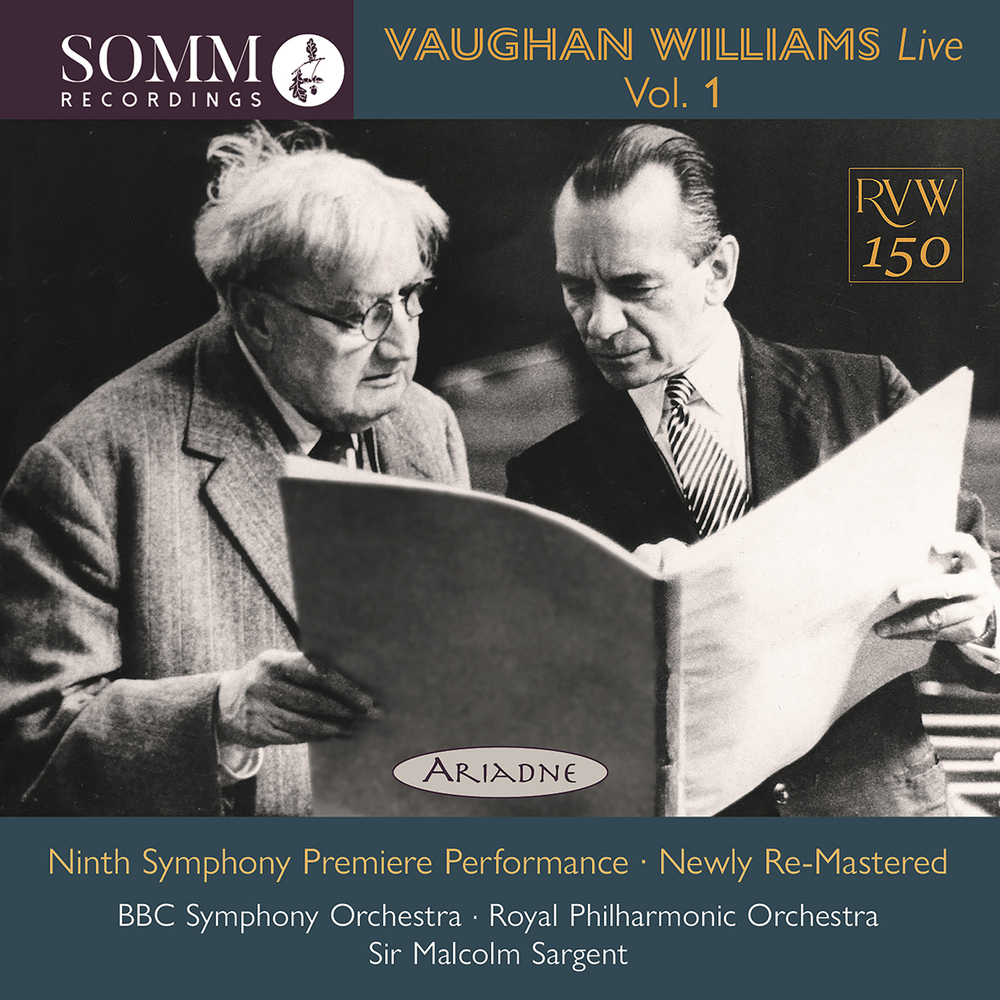 Available in 44.1 kHz / 24-bit AIFF, FLAC audio formats
SOMM RECORDINGS celebrates the 150th anniversary of Ralph Vaughan Williams’ birth with definitive, newly remastered performances by Lani Spahr of his ever-popular The Wasps Overture and two symphonies – the startling Sixth and, in its world premiere performance, the valedictorian Ninth – with Sir Malcolm Sargent conducting the BBC Symphony Orchestra and Royal Philharmonic Orchestra. As Simon Heffer comments in his authoritative booklet notes, this major new release is notable for containing historical performances (from 1957, 1958 and 1964), for Spahr’s meticulous restorations, and for offering “a clear indication of the genius of” Sargent. From the 1957 BBC Proms, The Wasps Overture blends Ravelian influences with English folk songs to produce a vivaciously genial impression of RVW at his most distinctively infectious. Recorded in 1964 and again for the BBC Proms, the Sixth Symphony – a ‘war symphony’ in all but name – is, as Heffer notes, “rich in orchestral experiment, more innovative than perhaps any other work in the composer’s canon, and whose enigmas and mysteries still remain to be deciphered”. RVW’s final, Ninth Symphony, “a work of beauty and grandeur, and a magisterial signing off”, says Heffer, is heard here in splendidly remastered audio in its very first performance in April 1958, four months before the composer’s death, by Sargent and the RPO. SOMM’s previous Vaughan Williams recordings include Symphony No.5 and Dona Nobis Pacem with the BBCSO (SOMMCD 071), “a mandatory purchase for all lovers of Vaughan Williams’s music and, frankly, a priceless document” (MusicWeb International). And the “compelling” (International Piano) The Piano Music of Ralph Vaughan Williams by Mark Bebbington and Rebecca Omordia (SOMMCD 0164). Lani Spahr’s previous, universally acclaimed SOMM restorations include Elgar Rediscovered (SOMMCD 0167) and the four-disc set Elgar Remastered (SOMMCD 261-4) hailed by Audiophilia as “a fascinating achievement which will have you wishing for more”.
44.1 kHz / 24-bit PCM – SOMM Recordings Studio Masters