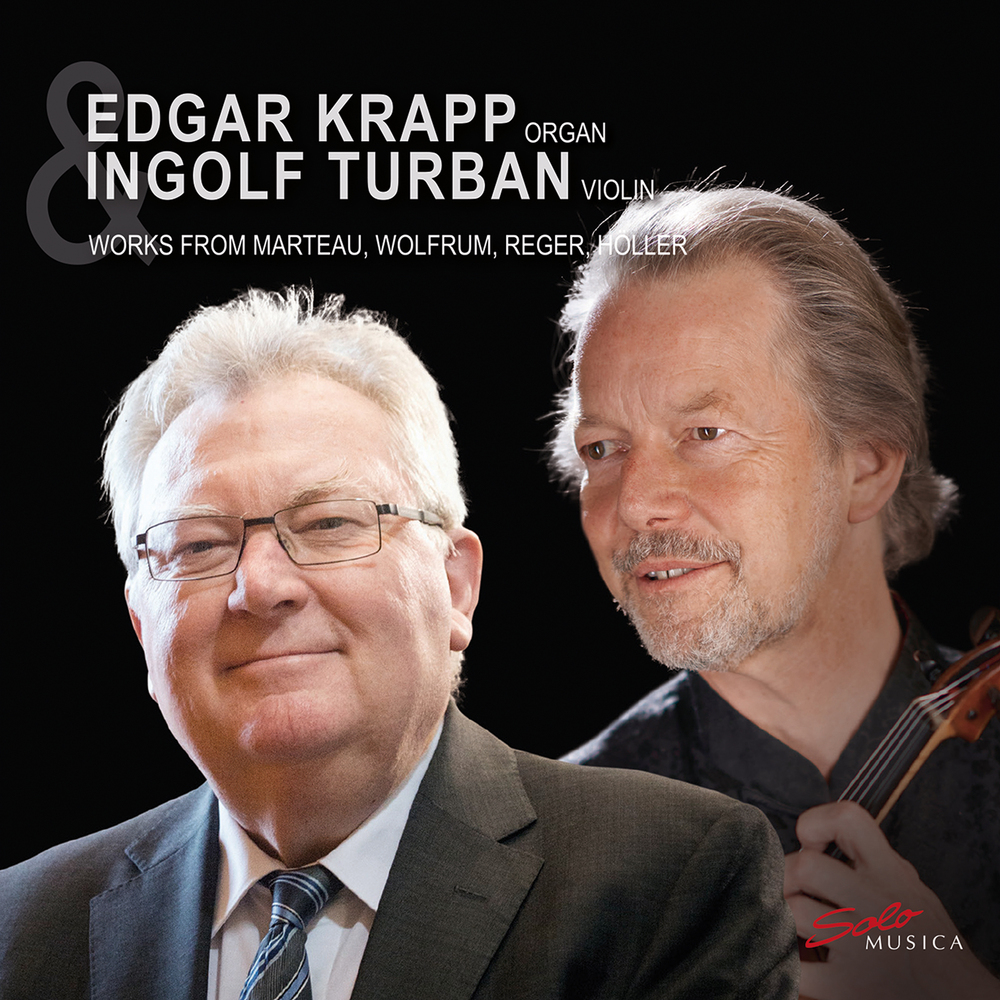 Available in 96 kHz / 24-bit AIFF, FLAC high resolution audio formats
The combination of organ and violin goes back to the Baroque era. Many sonatas for violin and basso continuo can be executed just as well on the organ as on the harpsichord, sometimes even more colourfully than with harpsichord accompaniment. It was this tradition that Henri Marteau followed when he wrote his Fantasia for organ and violin op. 27, recorded here for the first time. The world-famous violin virtuoso and educator was also a highly productive composer, who apart from his chamber music wrote two violin concertos, a cello concerto, a symphony, an opera and several organ works, to which he was inspired by the warm Romantic registers of the pneumatic organ then in use in his new home of Lichtenberg in Upper Franconia. Edgar Krapp directed an organ class at the Musikhochschule in Frankfurt, was a guest professor at the Mozarteum in Salzburg and assumed a professorship at the Munich Musikhochschule, holding that position until his retirement in 2012. He has served on the juries of such celebrated international competitions as the ARD Competition in Munich, ION Nürnberg, Linz Bruckner Competition, Grand Prix de Chartres and the Musashino Competition in Tokyo. In recognition of his artistic and educational services, he was awarded the Frankfurt Music Prize and the E.T.A. Hoffmann Prize of the City of Bamberg. He is a member of the board of the Neue Bachgesellschaft Leipzig and of the Bavarian Academy of Fine Arts. With solo performances in greatest concert halls of the world including the Berlin and Munich Philharmonic; the Kennedy Center, Washington; Avery Fisher Hall, New York; Tonhalle, Zurich; Goldenen Saal, Vienna or the Scala, Milan; working with directors like Sergiu Celibidache, Charles Dutoit, Lorin Maazel, Zubin Mehta, Yehudi Menuhin, Jun Märkl, Andris Nelsons and Marcello Viotti, Ingolf Turban commands a repertoire of works, some of which have rarely been performed on stage.
96 kHz / 24-bit PCM – Solo Musica Studio Masters