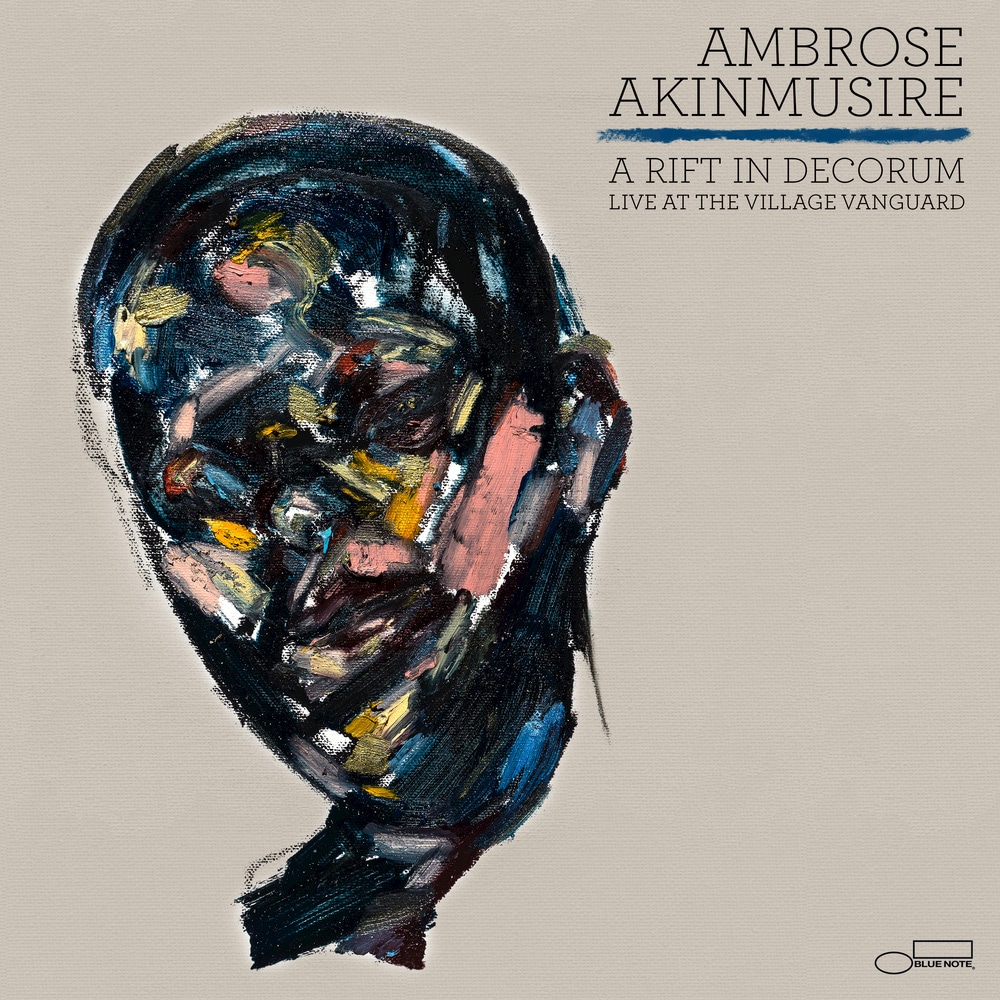 A Rift In Decorum: Live At The Village Vanguard

Available in 88.2 kHz / 24-bit AIFF, FLAC high resolution audio formats
Hailed by NPR as "one of the most talked-about names in contemporary jazz," trumpeter Ambrose Akinmusire has proven himself an artist of rare ability and wide-ranging aesthetic interests on his previous Blue Note releases. With his expansive double album A Rift in Decorum: Live At The Village Vanguard, Akinmusire reaches a new pinnacle with his longtime pianist Sam Harris, bassist Harish Raghavan and drummer Justin Brown: they join a distinguished strata of jazz artists who’ve made live recordings at the hallowed New York City venue. "Justin and I have talked a lot about the spirits that we can feel in the Vanguard. It’s like I’m being bear-hugged by the spirits in there. Even just the people who showed up: Lee Konitz came down during the week, Billy Hart came down. Especially in a time like now, it’s great to have a place that still exists in the way that it originally existed." - Ambrose Akinmusire
88.2 kHz / 24-bit PCM – Blue Note (BLU) Studio Masters