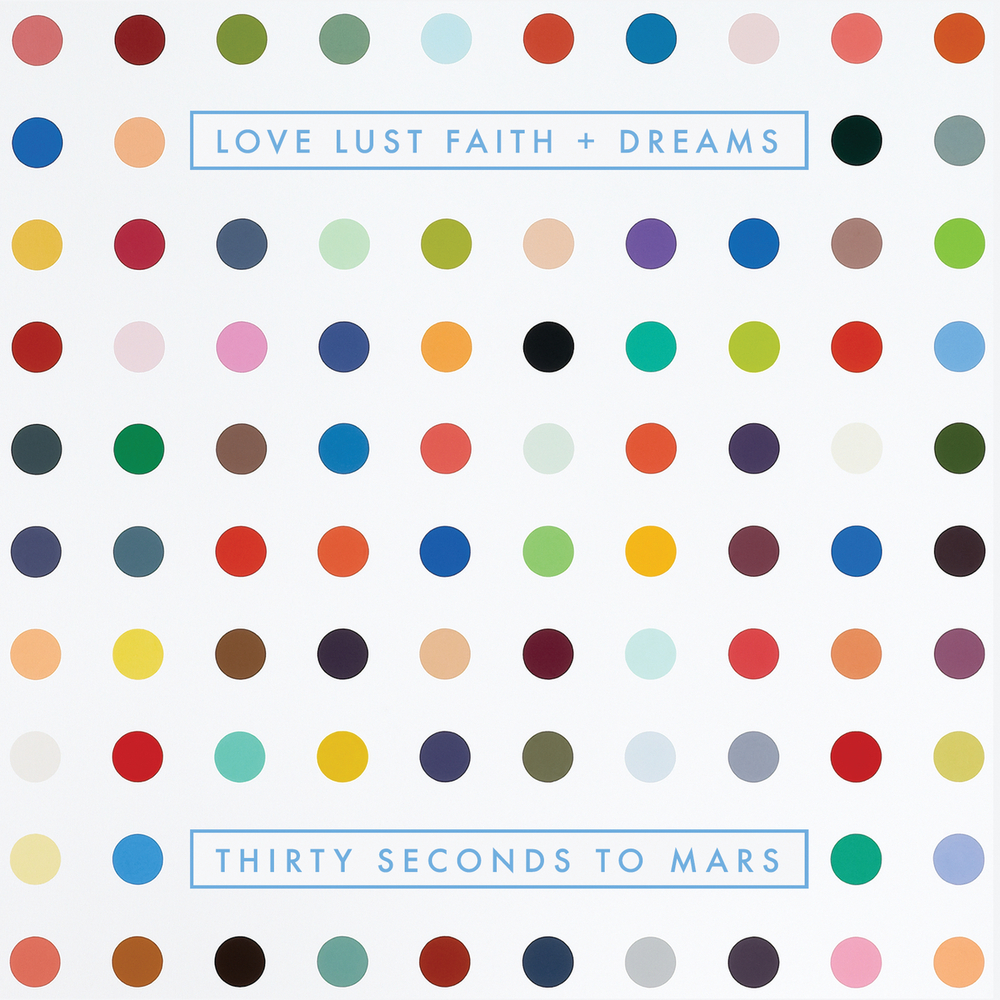 "... offers an opportunity to explore the boundaries of rock while drawing inspiration from electronic music in a way that feels fresh ..."
- Billboard

"The tracks feel even more faith-filled, hopeful and anthemic than the ones on Thirty Seconds to Mars' last album ..."
- Rolling Stone

Thirty Seconds to Mars team up once more with legendary producer Steve Lillywhite on this concept album dealing with the four subjects in the album's title. An energetic and experimental foray into progressive rock, electronica and no-holds-barred hard rock, Love Lust Faith + Dreams retains the band’s larger than life sense of theatre and narrative but takes the trio’s music in fresh directions without compromising its visceral appeal.
96 kHz / 24-bit PCM – Virgin Studio Masters