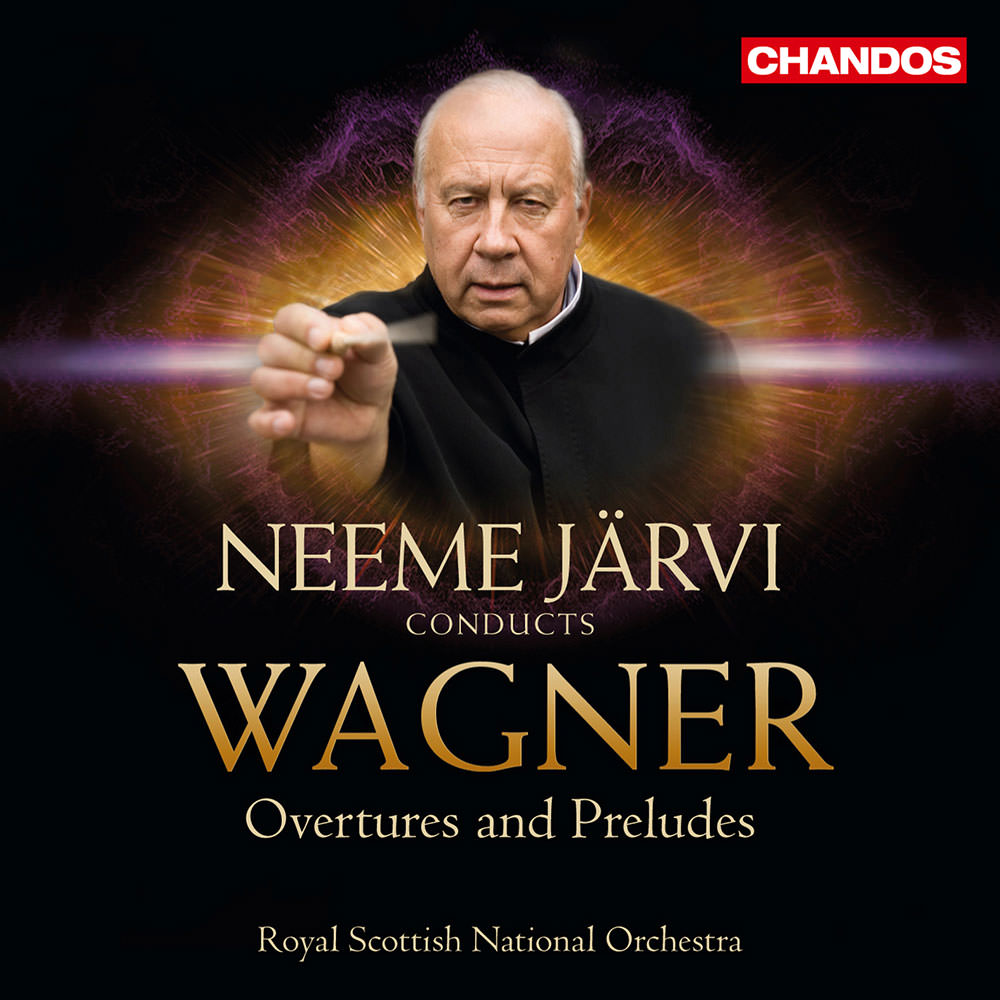 Available in 96 kHz / 24-bit AIFF, FLAC high resolution audio formats
"... an excellent programme ... hard to better ... illuminated by the fine playing of the RSNO, gleaming richly in the spacious grandeur ..." - BBC Music Magazine "... Järvi is a master of this repertoire and he continually conjures splendid playing from his Scottish orchestra ... the sound is of the highest Chandos quality to match the fine playing ..." - Gramophone This album is a compilation of highlights from Neeme Järvi’s five-volume Wagner series with the Royal Scottish National Orchestra. As an added bonus, the previously unreleased Overture to Der fliegende Holländer is included here. Enriching the album are the Prelude to Die Meistersinger von Nürnberg, the Prelude to Act III of Lohengrin, the seldom performed and recorded Weber-inspired Overture to Columbus and Eine Faust-Ouvertüre. Taking its inspiration from Goethe’s famous play, this work has become one of the main examples of 19th century programme music.
96 kHz / 24-bit PCM – Chandos Studio Masters