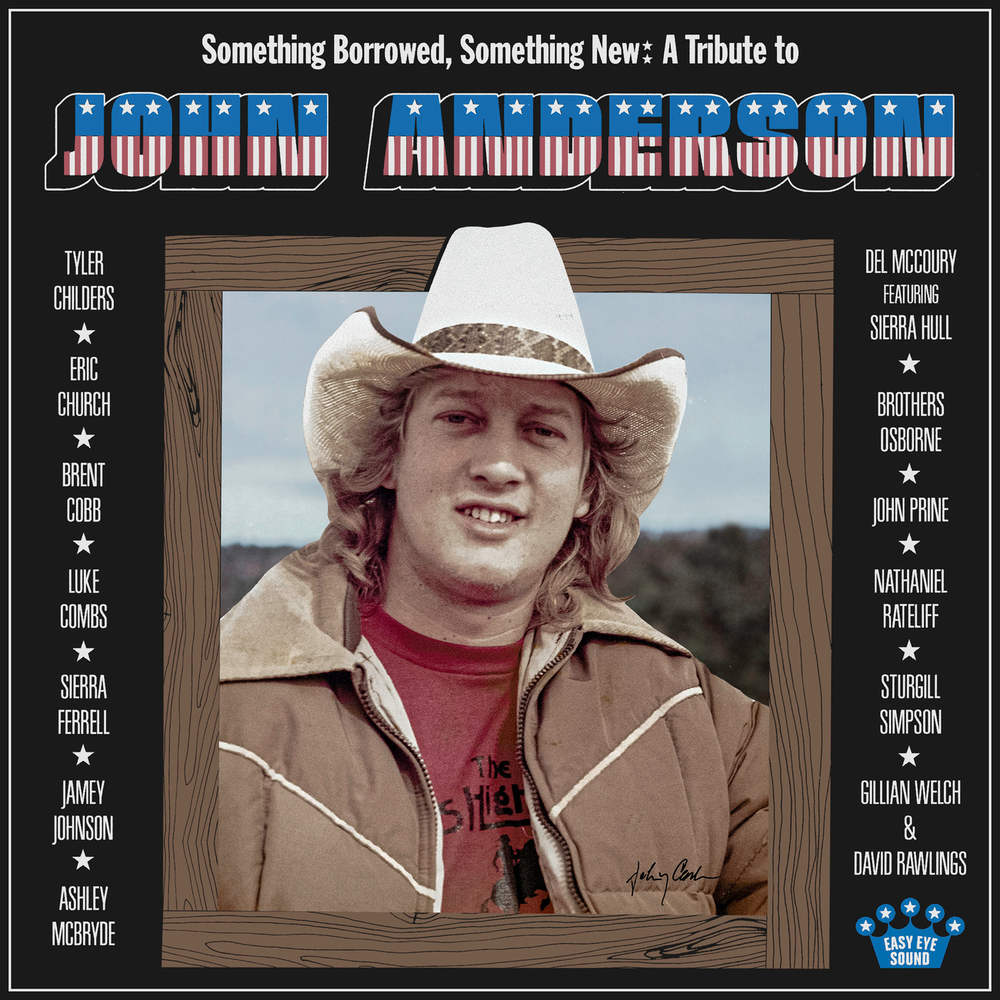 Something Borrowed, Something New: A Tribute to John Anderson

Available in 48 kHz / 24-bit AIFF, FLAC audio formats
There are giants that walk among us. John Anderson is truly a country legend, as his remarkable career has spanned over a staggering 40+ years, starting in 1977 to his last release, Years, produced by Dan Auerbach in 2020. In that period, Anderson has charted more than 40+ singles on the Billboard Country Music Charts, including an impressive five number ones in numerous decades. In 2014 Anderson was elected into the prestigious Songwriters Hall of Fame. His wake of influence throughout his recording career has become that of legend. It was during the recording of Years for Easy Eye Sound that noted artists, running the gamut from peers to the influenced, started coming out of the woodwork to heap praise on his body of work. From those many encounters, Dan Auerbach hatched the idea of a tribute to the genius of John Anderson. The herculean talents of everyone from Luke Combs to John Prine, from Eric Church to Tyler Childers, Nathaniel Rateliff to Brothers Osborne, and Ashley McBryde to Gillian Welch & David Rawlings and many more all came together to pay tribute to John and his remarkable contributions in this stunning album.
48 kHz / 24-bit PCM – Easy Eye Sound Studio Masters