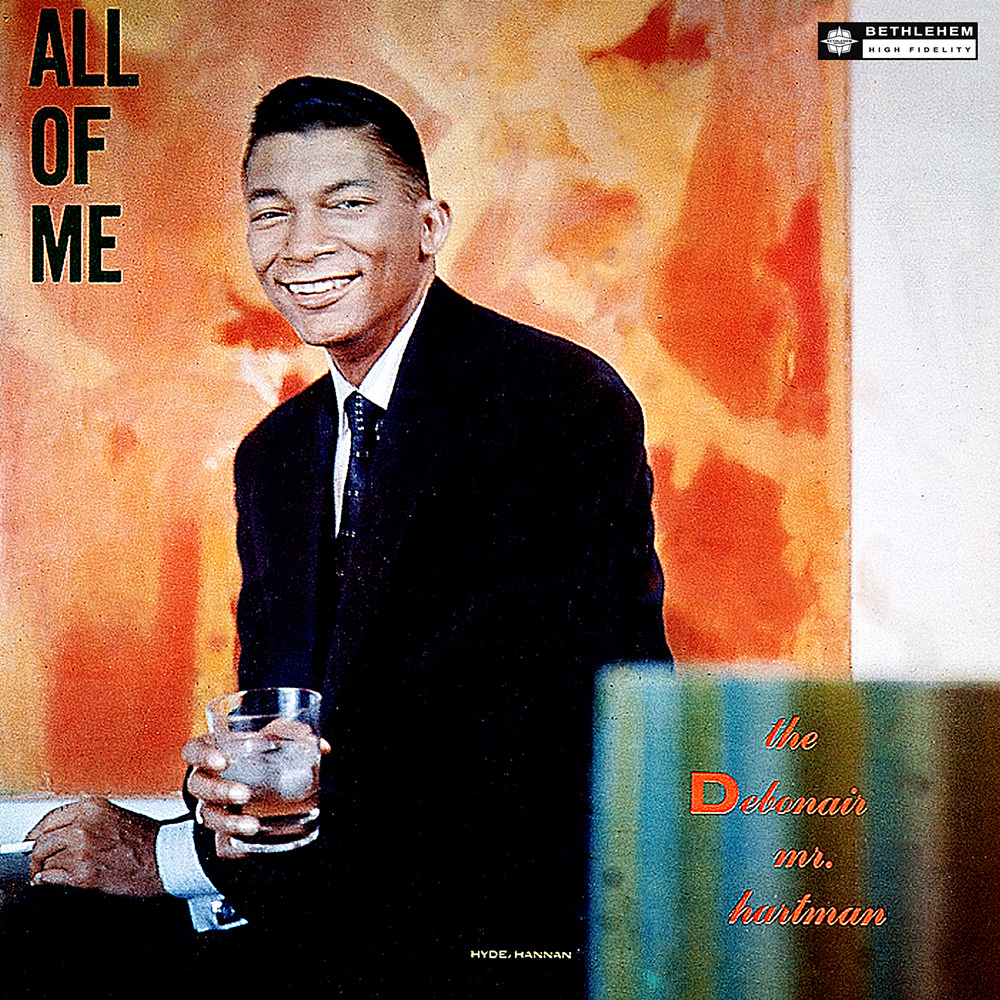 All Of Me - The Debonair Mr. Hartman (Original Recording Remastered 2013)

Available in 96 kHz / 24-bit AIFF, FLAC high resolution audio formats
"Hartman never attained the status of legend but his recordings prove that he should have." - Chicago Tribune Johnny Hartman's second album which helped cement his reputation as the "voice of romance." His rich baritone is accompanied by the Ralph Sharon Trio and trumpeter Howard McGhee on four songs and the Frank Hunter String Orchestra on the remainder of the album. "Perhaps only one male pop singer was blessed with an instrument, a technique and a sophistication to rival Frank Sinatra, and his name was Johnny Hartman. If you doubt it, check out All of Me. The sheer depth of Hartman's sound, the luxuriance of his baritone in all registers, the plushness of even his longest-held notes almost defy belief. Yet it takes more than just a superior instrument to make a great interpreter, which is why one treasures the easy rhythmic swagger Hartman brings to I Get a Kick Out of You, the imploring phrases he produces on Birth of the Blues, the sense of reverie and wonder he expresses in Stella by Starlight." - Chicago Tribune
96 kHz / 24-bit PCM – Bethlehem Records Studio Masters