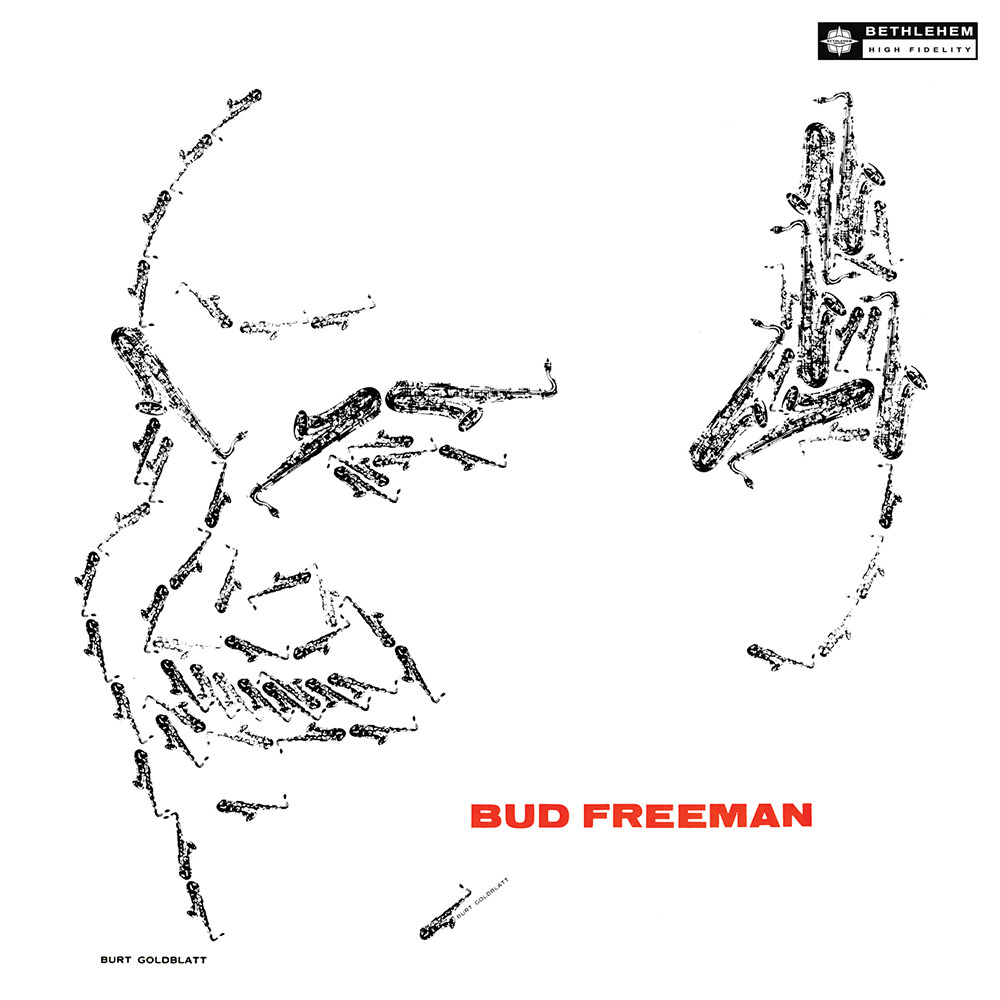 "... one of the first great innovators on tenor sax."
- Chicago Jazz Magazine

"... he played with that powerful swing and unmistakable sound, one of the most distinctive sounds in all of jazz, ever."
- Chicago Reader

Pioneering tenor saxophonist Bud Freeman was one of the founders of the Chicago style of jazz. He played with both Benny Goodman and Tommy Dorsey, among dozens of other artists but struck out on his own as a bandleader in the 1940s. This album from 1955 shows off his talent and comfort leading a small jazz combo. Freeman wrote two memoirs and was inducted into the Big Band and Jazz Hall of Fame in 1992.
96 kHz / 24-bit PCM – Bethlehem Records Studio Masters