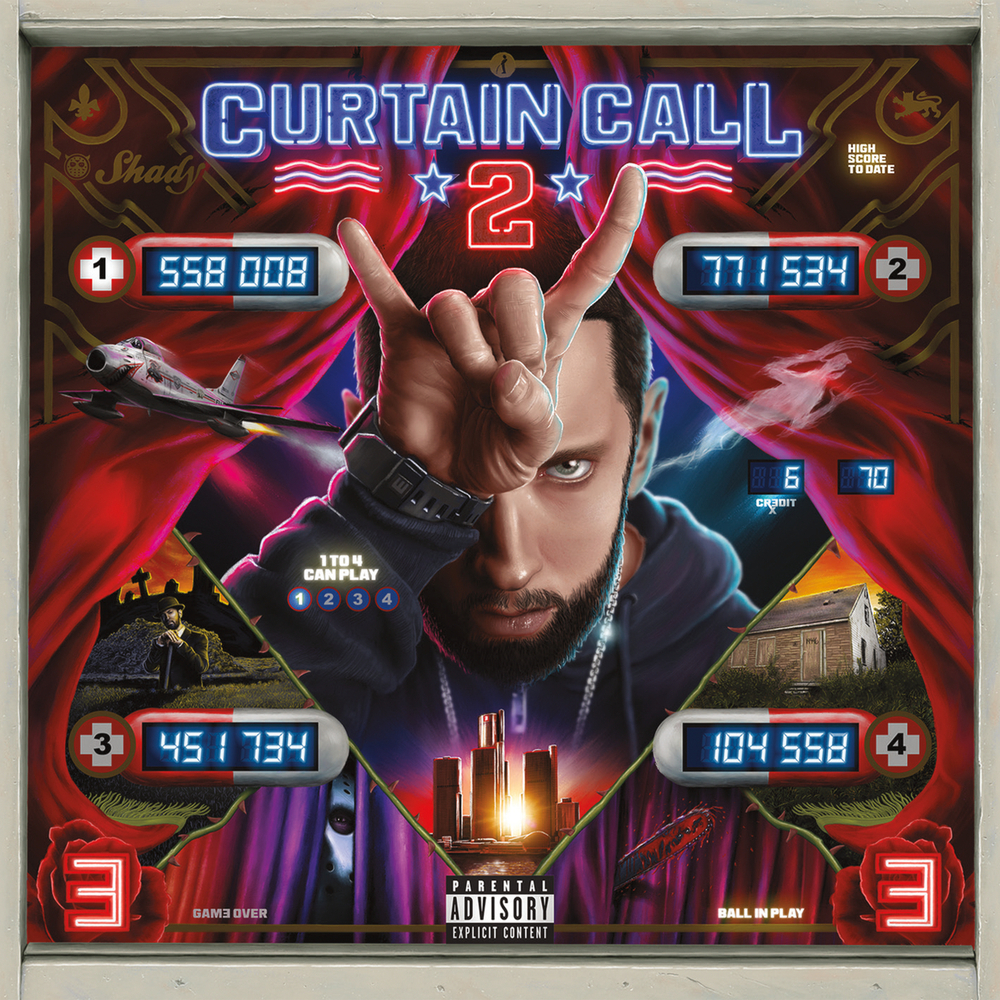 Available in 44.1 kHz / 24-bit AIFF, FLAC audio formats
Rap legend Eminem has released second greatest hits collection, Curtain Call 2, via Shady Records/Aftermath Entertainment/Interscope Records. The original Curtain Call: The Hits came out back in 2005, offering fans of the Detroit rapper a comprehensive collection of their idol’s biggest tracks up to that point, from “My Name Is” and “Stan,” to “The Real Slim Shady,” and beyond. But there’s been a lot of water under the bridge since then, and a lot of Eminem music has made its way into the world. A hits package covering the artist’s post-2005 output has been in demand for a while now. Curtain Call 2, a hits collection comprised of the inimitable Detroit MC’s creative output since the 2005 release of Curtain Call: The Hits, includes music from all Eminem projects from Relapse forward, including side-projects, guest appearances, film soundtrack songs, and of course selections from his solo albums.
44.1 kHz / 24-bit PCM – Aftermath Studio Masters