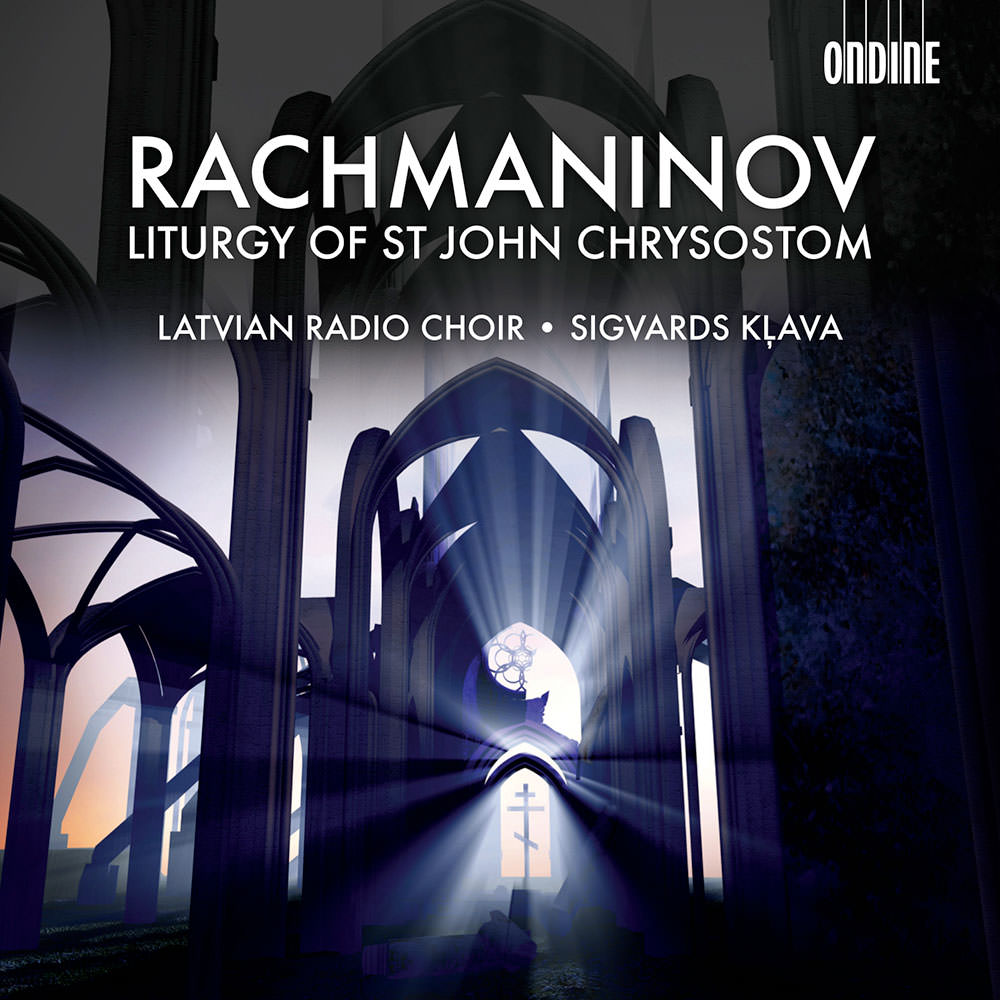 "The Latvian Choir are as close to the source as you could wish for ... a reading that ticks all the boxes for authenticity ... the sound is rich and enveloping."
- MusicWeb International

"The Latvian Radio Choir's singing is sensuously beautiful ... the performance is both devotional and thrillingly dynamic ... recording is stunning, creating a palpable sense of the chorus in a large reverberant space with no loss of focus or clarity."
- Fanfare

"Four Stars. The Latvian Radio Choir sing with the kind of hushed reverence and understanding one would expect ... it also sings with a sound that is distinctly 'right,' as well as with great technical polish. This is a performance I can recommend confidently in spite of the competition."
- Audiophile Audition

"This may be the finest performance on disc (of Rachmaninov's Divine Liturgy) ... the Latvian Radio Choir possesses rich-coloured tone (those altos!) and substantial vocal range (those basses!) ... leaves no question as to its collective, deeply felt understanding of the meaning of the texts and of the overall service itself."
- ClassicsToday.com

This a cappella choral work is performed by one of the foremost choruses in the world, the Latvian Radio Choir, under the direction of Sigvards Klava, featuring soloist roles by tenor Kārlis Rūtentāls and bass Gundrars Dziļums. Critics have raved about the choir's performance on Rachmaninov's setting of the Divine Liturgy of St. John Chrysostom, regarded as one of the great cornerstones of 20th century sacred music. This work of symphonic proportions was composed in less than three weeks. After its completion, Rachmaninov wrote to a friend that he had been carried away by the project and that it had been a long time since he had written music with such pleasure.
96 kHz / 24-bit PCM – Ondine Studio Masters