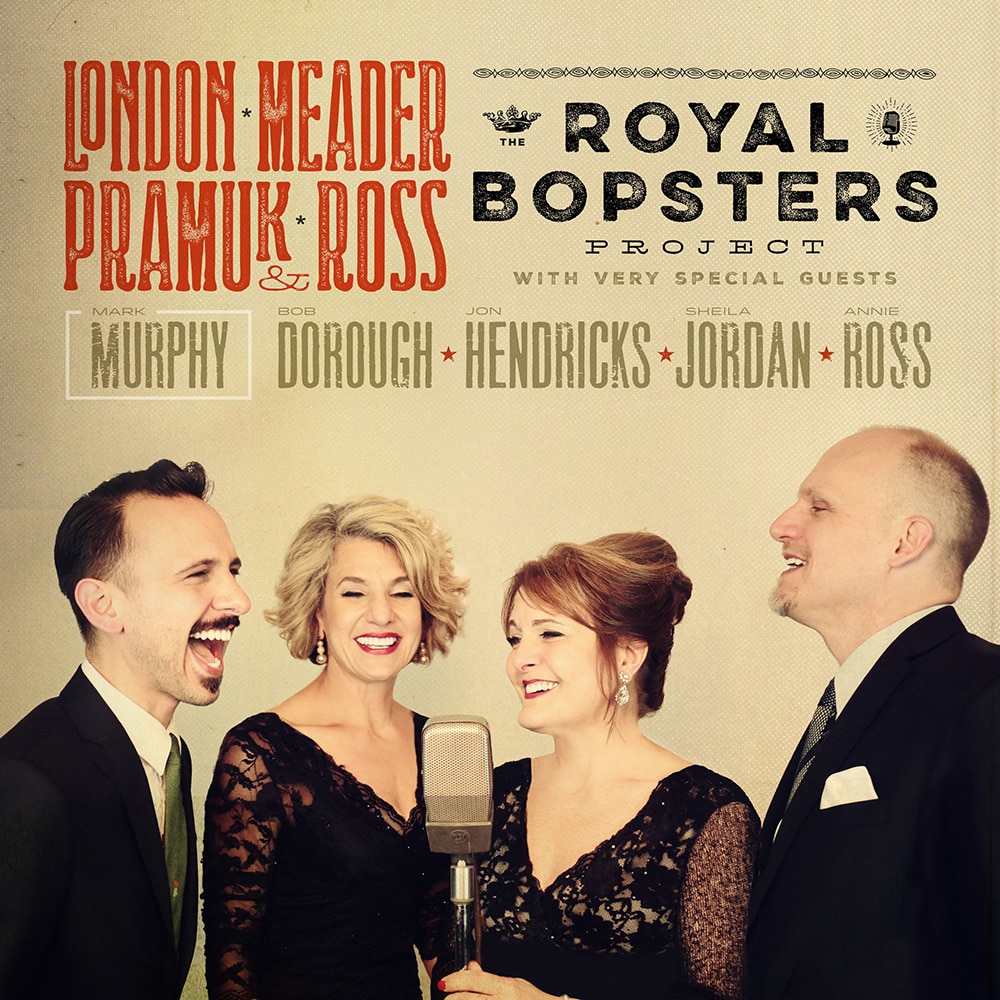 “Extraordinary... The Royal Bopsters Project vividly makes the case for a revival of the art of vocalese.”
- Allen Morrison, Downbeat

“If this disc featured just the quartet, it would be sensational. The addition of the icons, showcased once each (with Murphy provided wider presence) and all in remarkably fine form, escalates it from valuable to priceless from piquant to landmark…”
- Christopher Loudon, Jazz Times

“This project unites a new voice in Jazz Quartet singing, whose ideas are fresh and plans are set… If all musical projects could be this well programmed…”
- C. Michael Bailey, Allaboutjazz.com

The Royal Bopsters Project sees vocalese pioneers Jon Hendricks and Annie Ross brought together with other greats such as Mark Murphy, Bob Dorough, and Sheila Jordan, on a release masterminded by Amy London and her new vocal jazz quartet, creating a widely-acclaimed recording that both pays homage to the founders of the genre and brings the art form into a new era.

“I can’t believe my luck to have all of my vocal jazz heroes on this one recording...”
- Amy London, vocalist and producer
44.1 kHz / 24-bit PCM – Motema Music, LLC Studio Masters