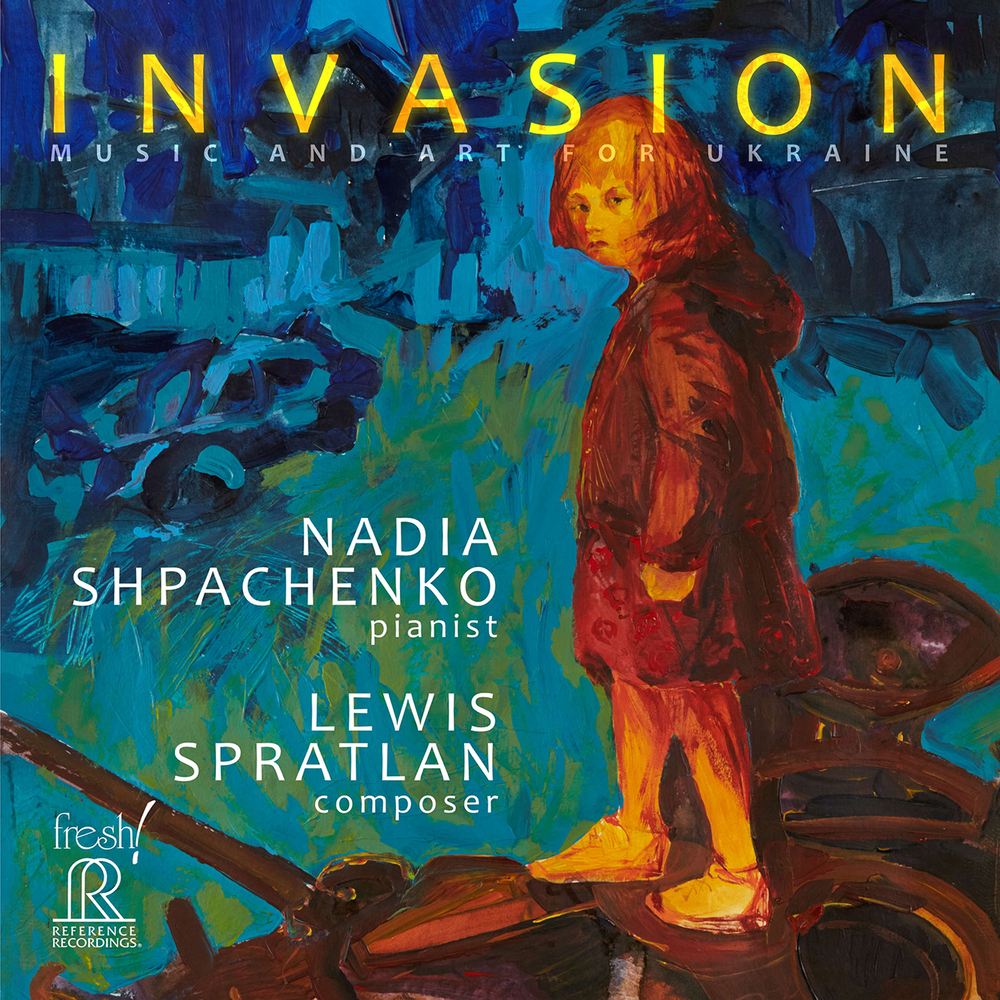 Available in 96 kHz / 24-bit AIFF, FLAC high resolution audio formats
A new album of World Premieres from GRAMMY® Award-winning Ukrainian-American pianist Nadia Shpachenko! As she watched in horror her home city of Kharkiv (and the rest of Ukraine) being destroyed and civilians being murdered every day, Shpachenko tried to come up with ways to express her feelings of utter despair and anger, as well as hope and resilience, through her music making. In addition to performing fundraising concerts featuring music by Ukrainian composers, she decided to put together a new album to support Ukraine humanitarian aid. Reference Recordings is proud to release this album, with 100% of proceeds benefiting Ukrainian people affected by the war. Shpachenko commissioned Ukrainian artists to create paintings/artworks to use in the album booklet, online and in-person galleries, and the accompanying music videos, as their responses to the music. Also featured are artworks made by children in Kharkiv, as their responses to the war. The key piece on the album, titled Invasion (for piano, alto saxophone, horn, trombone, timpani, snare drum, and mandolin) is Shpachenko’s longtime collaborator Lewis Spratlan’s response to this tragic war. It was composed for Shpachenko during the period of February 24-March 13, 2022. The rest of the album features World Premiere recordings of solo piano music also by Spratlan. These pieces reflect on the human experience, often finding solace and inspiration in nature and music of the past. Wonderer, a major piece that closes the album, connects in its character to the current experience of many Ukrainian people, especially those displaced by the war. The hero, searching through the unknown, overcoming pain, and reminiscing about things past, triumphs at the end.
96 kHz / 24-bit PCM – Reference Recordings Studio Masters