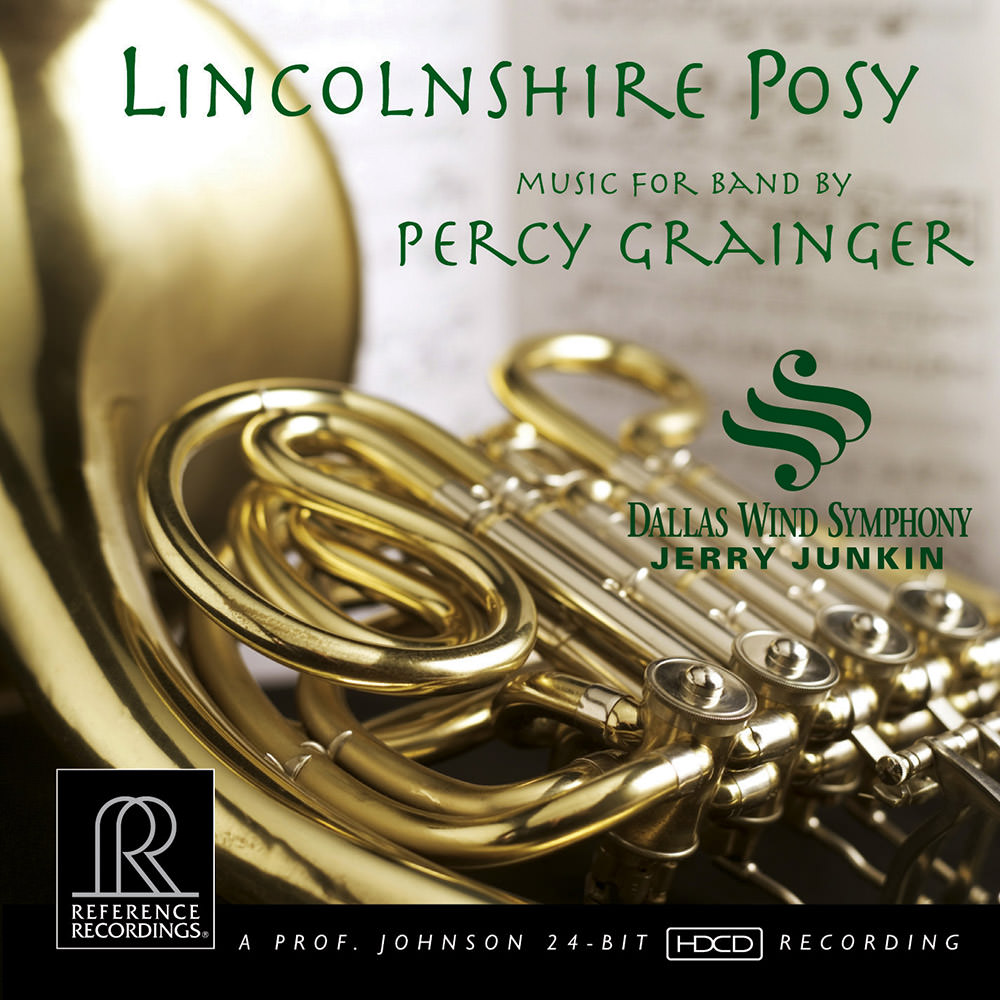 Available in 176.4 kHz / 24-bit, 88.2 kHz / 24-bit AIFF, FLAC high resolution audio formats
"No doubt about it, this is a terrific disc that Grainger fans and band music collectors should snap up without delay." - ClassicsToday.com "Five Stars. Grainger’s original orchestrations were meticulously reconstructed for this recording to preserve their brilliant colours ... the pieces sparkle and captivate much more than ordinary marching band numbers. Sonics are excellent ... (an) audiophile gem ..." - Audiophile Audition This collection showcases the wind band music of great Australian composer Percy Grainger, including favourites pieces Lincolnshire Posy and Irish Tune from County Derry ("Danny Boy"). Grainger's gems are performed to perfection by America's only full-time professional wind band, conducted by Jerry Junkin. Grainger specified many unusual, optional instruments, some not even produced today: the musicians obtained some of these rare instruments on eBay. These original instrument performances are captured with spectacular sonics by the world-renowned team of engineer "Professor" Keith O. Johnson and producer Tam Henderson.
176.4 kHz / 24-bit, 88.2 kHz / 24-bit PCM – Reference Recordings Studio Masters