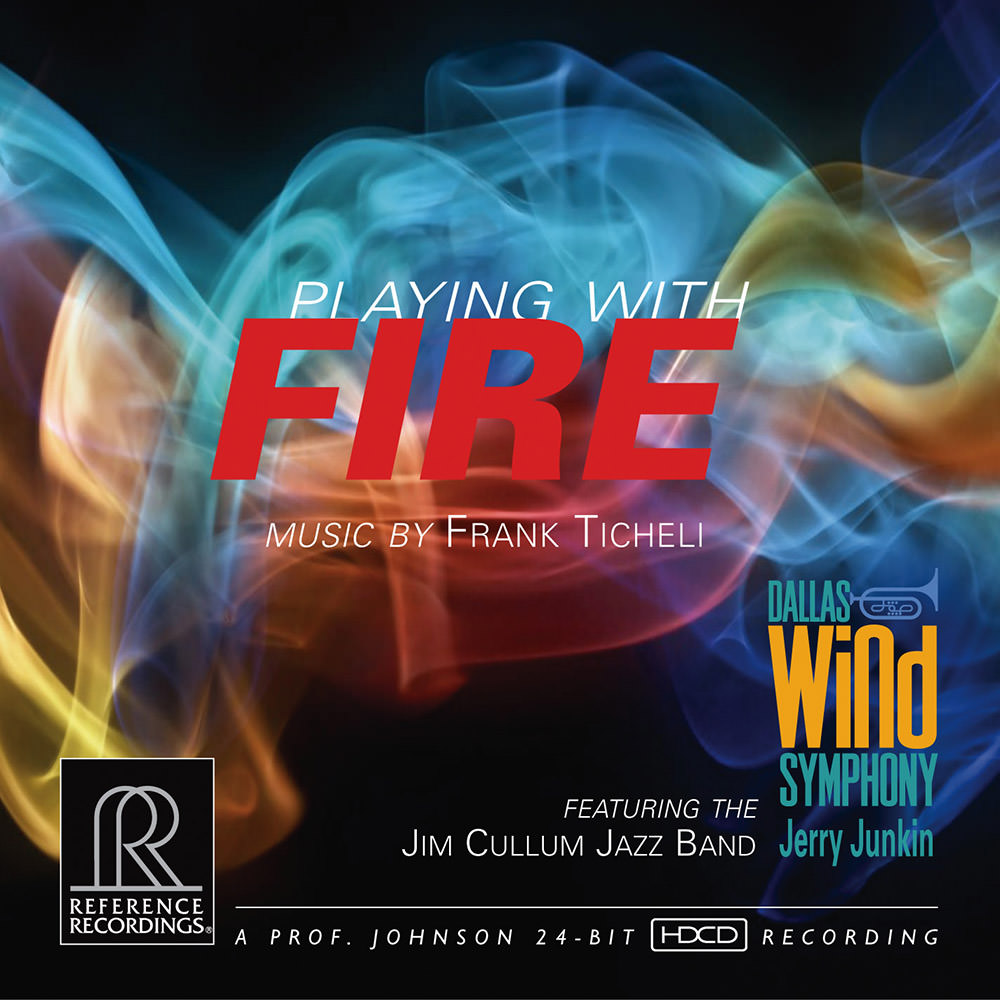 Available in 176.4 kHz / 24-bit, 88.2 kHz / 24-bit AIFF, FLAC high resolution audio formats
This all-American collaboration from the Dallas Wind Symphony and the seven-piece Jim Cullum Jazz Band is an audiophile spectacular. The five pieces presented here offer a musical panorama from composer Frank Ticheli. From light to dark to joyous jazz celebration, these pieces are among the best ever written by this famed concert band composer. Conducted by Jerry Junkin and recorded in the Meyerson Symphony Center in Dallas, the great music and its exceptional sonic palette are expertly captured by the world-renowned team of engineer "Professor" Keith O. Johnson and producer Tam Henderson.
176.4 kHz / 24-bit, 88.2 kHz / 24-bit PCM – Reference Recordings Studio Masters