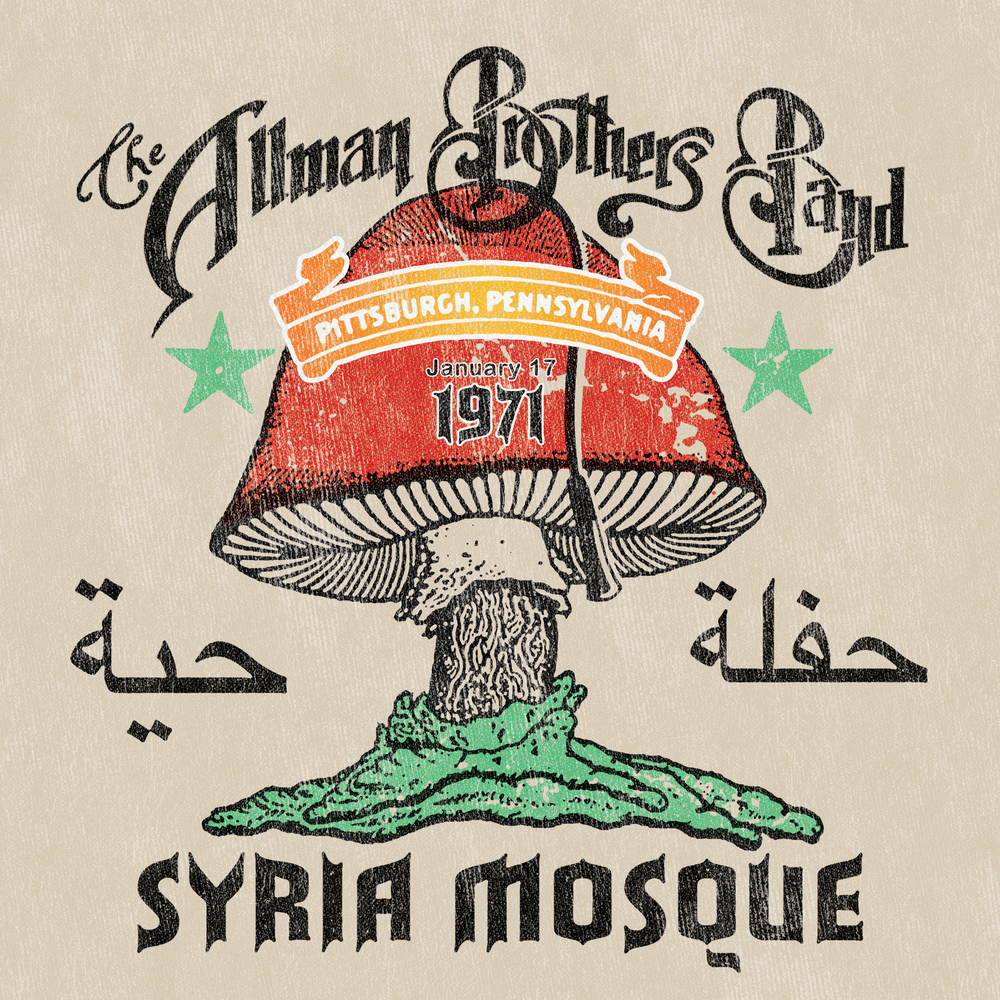 Available in 48 kHz / 24-bit AIFF, FLAC audio formats
The Allman Brothers Band give an official release to one of their beloved vintage bootlegs! By January 1971, The Allman Brothers Band had established a sound and a reputation that belied the brief, 22-month existence of its founding lineup. After 300 shows in 1970, the band kicked off ’71 with a run through Georgia, North Carolina and Tennessee, before heading north to play Pittsburgh for the first time. The venue was the venerable Syria Mosque, a 3,700 seat theatre constructed in 1916 which served as the home for the Pittsburgh Symphony Orchestra. Syria Mosque saw rock acts like The Who, Pink Floyd, The Band, Deep Purple and Yes grace its stage, with the Allmans making the first of two 1971 appearances on Jan. 17. Recorded direct from the band’s soundboard and then restored and remastered, this recording captures the arc of the band’s sound as they were ramping up to the classic At Fillmore East album, recorded just eight weeks later in March 1971. When you listen, it’s apparent how tight and in the pocket the original ABB line-up of Duane, Gregg Allman, Dickey Betts, Berry Oakley, Butch Trucks and Jaimoe were on this recording.
48 kHz / 24-bit PCM – Allman Brothers Band Recording Company (2015 Deal) Studio Masters