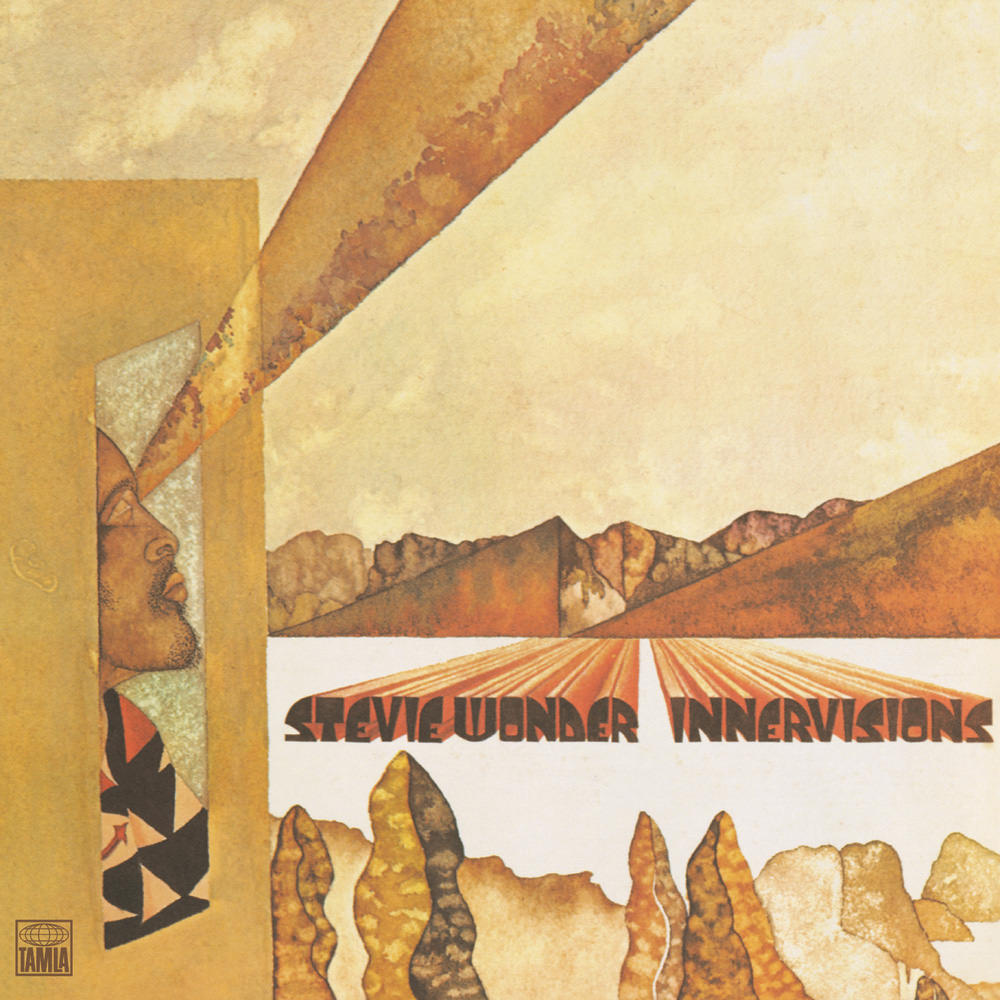 Available in 96 kHz / 24-bit AIFF, FLAC high resolution audio formats
Billboard 200 - #4, 1973 Billboard Hot 100 - #4, 1973 - Higher Ground Grammy Award - Album of the Year, 1974 "This is music that makes you believe in faith." - Robert Christgau "... in essence this is a one-man band situation and it works. His skill on drums, piano, bass, and ARP are outstanding, and all the tracks work within the thematic framework ..." - Billboard "Vocally, he remains inventive and unafraid, he sings all the things he hears: rock, folk, and all forms of black music. The sum total of these varying components is an awesome knowledge, consumed and then shared by an artist who is free enough to do both." - The New York Times Released in the summer of 1973, Innervisions was another monster hit for Stevie Wonder both commercially and critically. Wonder played almost all the instruments on most of the songs on the album which contained three hit singles, including the Grammy-winning Living For The City, awarded Best R&B Song in 1974.
96 kHz / 24-bit PCM – Universal Music Group Studio Masters