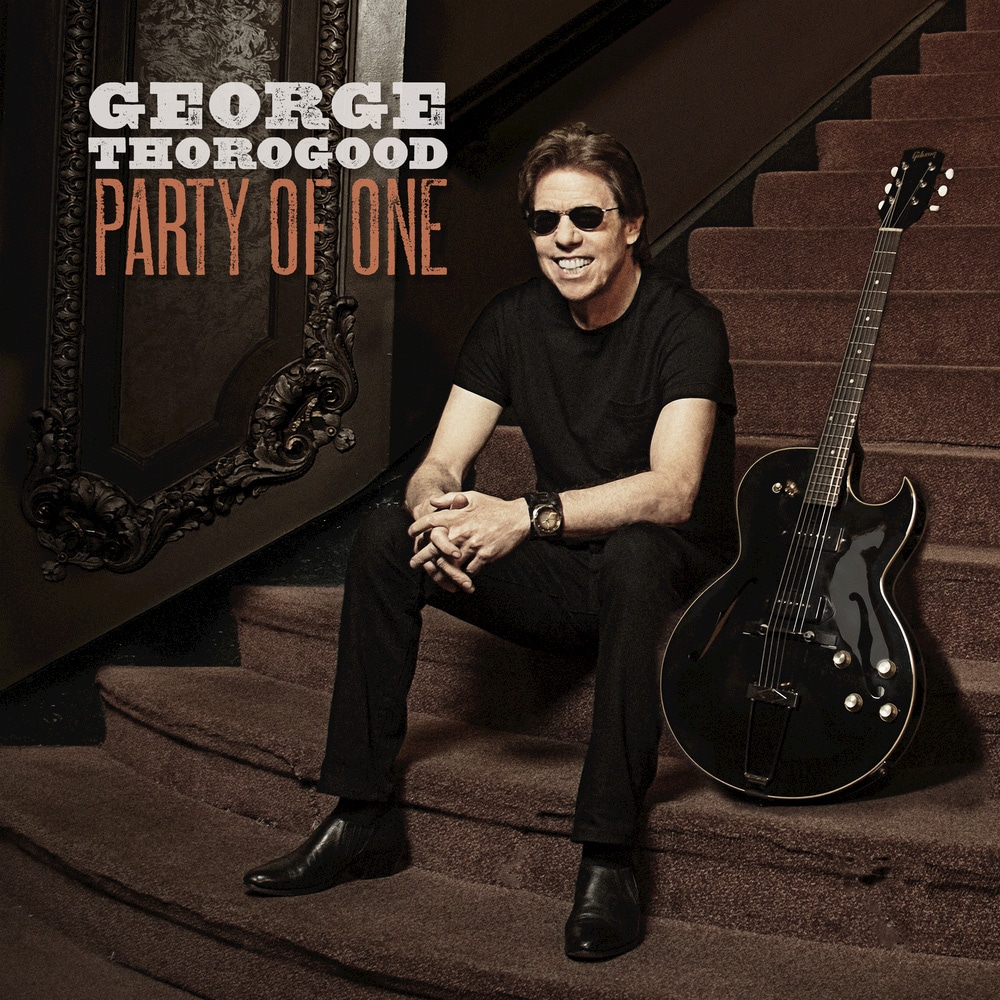 “Musical trends and fads come and go, but 40 years after the release of his still-fresh-sounding debut album, George Thorogood continues to play pretty much what he’s always played: blues in every shade, from raunchy to delicate; screaming slide; simmering boogie; primal rock ’n’ roll chunk; and front-porch fingerpickin’—all delivered with his characteristic passion and authority.”
- Blair Jackson, Acoustic Guitar

Renowned guitarist and vocalist George Thorogood presents his first-ever solo album Party of One. The fourteen tracks cover the gamut of blues standards as well as some surprises, including The Rolling Stones' No Expectations and Bob Dylan's Down The Highway. Thorogood functions as a one-man band playing guitar, slide, Dobro and harmonica on the album, as well as singing, showcasing his formidable musicianship and securing his legacy as one of the great blues interpreters of our time.

“I think this is a project that’s long overdue. Maybe it should have been the very first album I ever made. After playing with the band for all these years, I had to kind of reverse my hands and my head in order to do this thing justice... My whole career, I’ve always said, ‘Just give them what you are, and they’re either going to dig it or not.’ This record is what I was, what I am, and what I always will be.”
- George Thorogood
48 kHz / 24-bit PCM – New Rounder Studio Masters

Track 14 – contains material which has been processed by a perceptual audio coding algorithm.