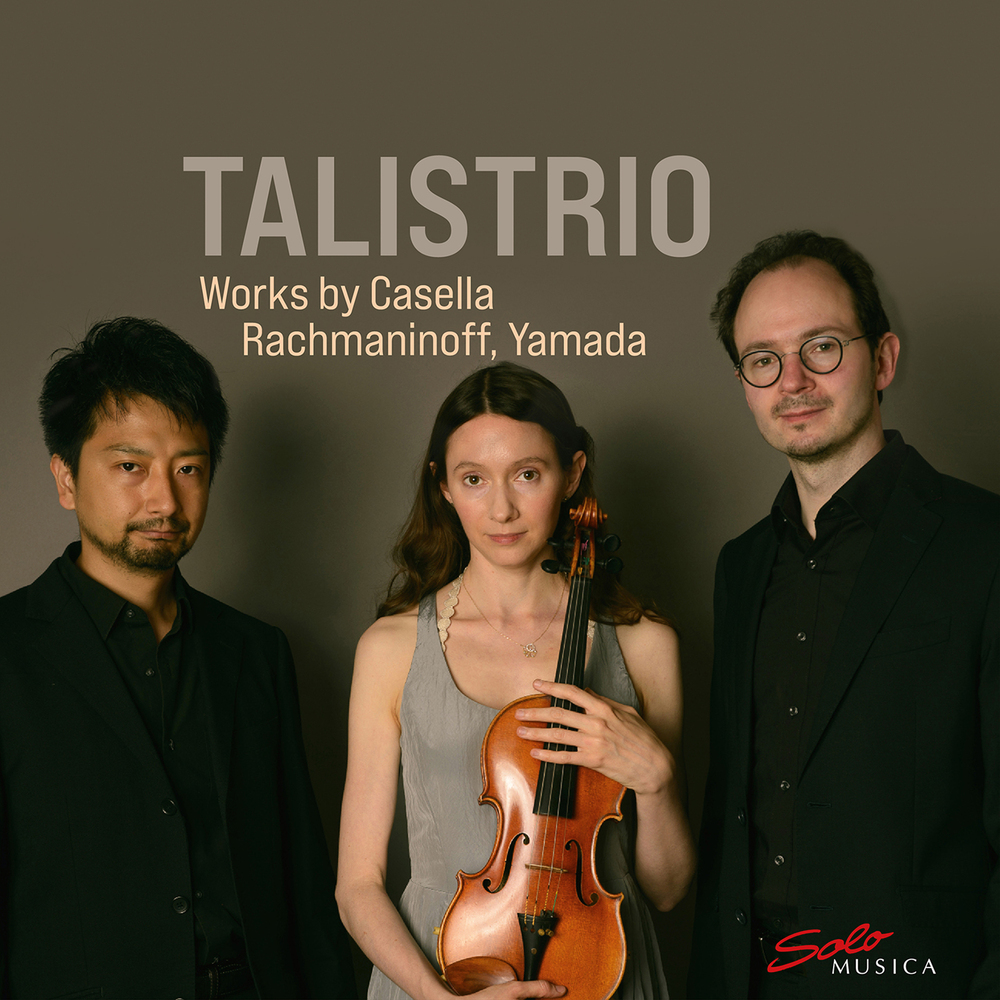 Available in 96 kHz / 24-bit AIFF, FLAC high resolution audio formats
Paul Klee’s picture Ad marginem provides inspiration and context for the present programme and is a visual guide to performance for us as Talistrio: a radiant red circle in the middle, while around it - driven back to the margin - living creatures and abstract objects emerge. It is surely this mixture of melancholy and hope that links all the works listed below, be it Casella’s neoclassical dance on the volcano from the early 20th century, Tchaikovsky’s death and its shattering inspirational impulse upon the young Rachmaninoff, or the Japanese child scene at sunset. Amazement and admiration have attended Talistrio since its debut concert of 2012. The press credits the trio with “great intensity and virtuosity”, “great differentiation of tone”, and a “spiritual penetration of the compositions followed through to the slightest detail”. Talistrio is the Augsburg piano trio that belongs to a new generation as an international ensemble. It was in 2011 that siblings Elisa and Wenzel Gummer joined cellist Takuro Okada to form a German-Japanese trio. Concert tours have since taken them from Bavaria to Holland, Switzerland and Japan. Talistrio sets great store by projects promoting exchange and understanding between the German and Japanese cultures.
96 kHz / 24-bit PCM – Solo Musica Studio Masters