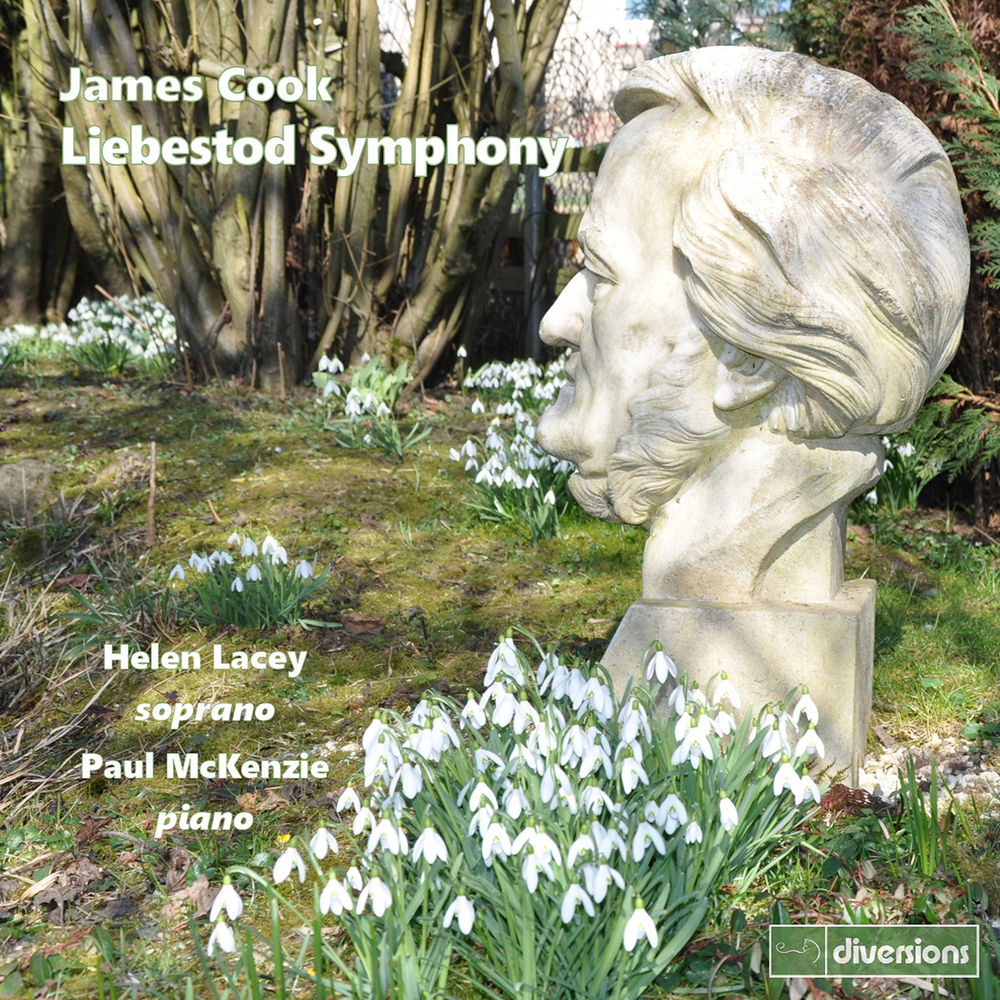 Available in 96 kHz / 24-bit AIFF, FLAC high resolution audio formats
James Cook was born in Wales in 1963. He composed three major symphonies in his twenties and after a brief spell studying composition at Oxford in 1994 turned to the writing of sacred vocal and choral music, much of which has been recorded for Divine Art/Diversions. In 2000 he began to concentrate on organ music and competed a cycle of nine organ symphonies. Looking to expand his horizons further he turned to opera in 2010; his first, “Dorothy”, was premiered in London in 2015. Since then he has produced several more including a cycle of four on Biblical themes. The Liebestod Symphony is a cycle of five songs originally scored for soprano and orchestra, here in piano arrangement. The first four songs are settings of poetry on the subject of Richard Wagner and the fifth a reference to the ‘Liebestod’ from Tristan und Isolde , a subject of great interest to the composer. The texts are by Cosima Wagner, A. C. Swinburne, Gabriele d’Annunzio, Sidney Lanier and John Janeway. This is a mid price ‘mini-album’ which follows the release in January 2022 of ‘Davids Liebestod’ – extracts from two operas by James Cook. Helen Lacey is a lyric soprano who recently graduated from the Royal Academy of Music where she was a member of the prestigious Academy Song Circle. Paul McKenzie is a specialist Repetiteur for several opera companies, and performs as orchestral pianist, accompanist and jazz pianist.
96 kHz / 24-bit PCM – Diversions Studio Masters