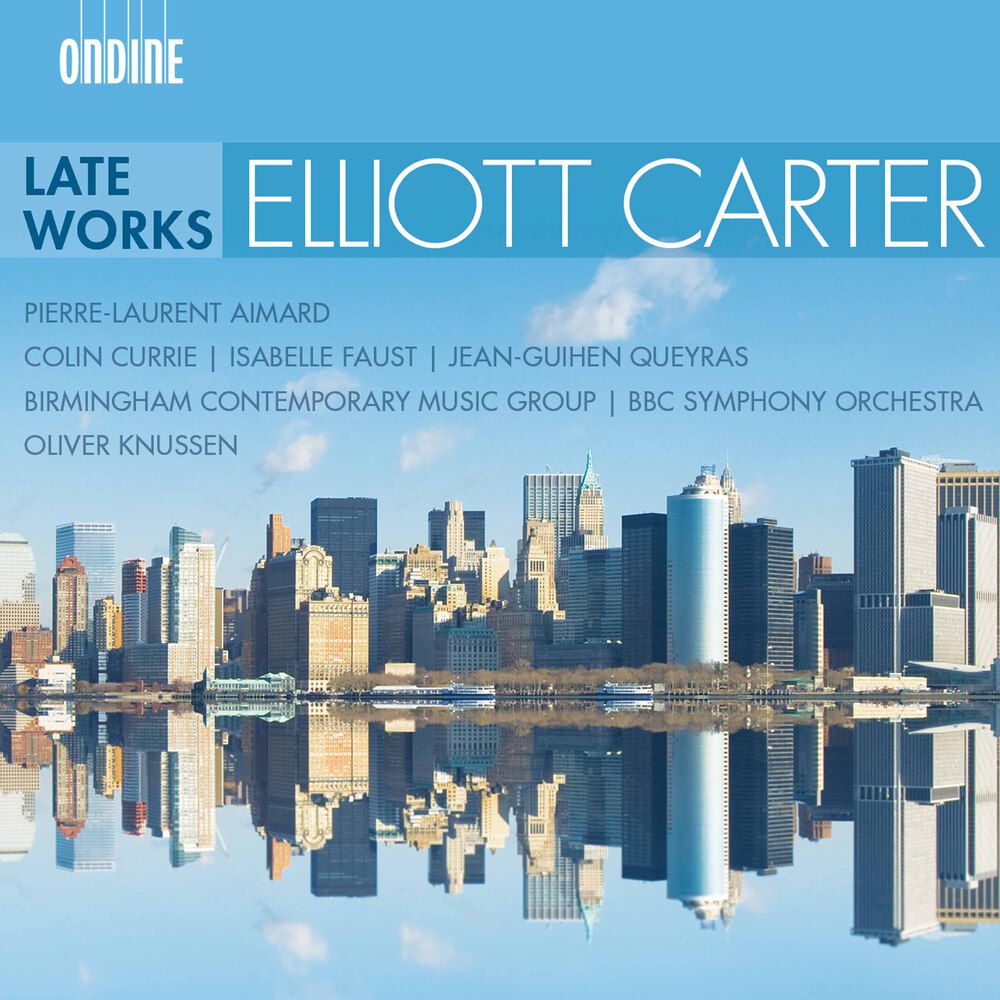 “No one has been a more committed champion [of Carter's music] than Oliver Knussen, and he conducts all the orchestral pieces here with his familiar feisty clarity. Pierre-Laurent Aimard is the equally quick-witted soloist in the piano works.”
- The Guardian

Elliott Carter was a Pulitzer Prize-winning American composer who was known for his explorations in atonality and rhythmic complexity. This release from Ondine sees his late works placed front and centre, including Dialogues, 2 Controversies and a Conversation, and Epigrams, pieces that display brevity characteristic of this period in Carter's career and which frequently explore themes of exchange between instruments. These landmark works of American contemporary composition are performed by eminent soloists such as pianist Pierre-Laurent Aimard, violinist Isabelle Faust and percussionist Colin Currie, along with the Birmingham Contemporary Music Group, the BBC Symphony Orchestra, and conductor Oliver Knussen, making this release an ideal introduction to Carter's 21st-century compositions.
48 kHz / 24-bit PCM – Ondine Studio Masters