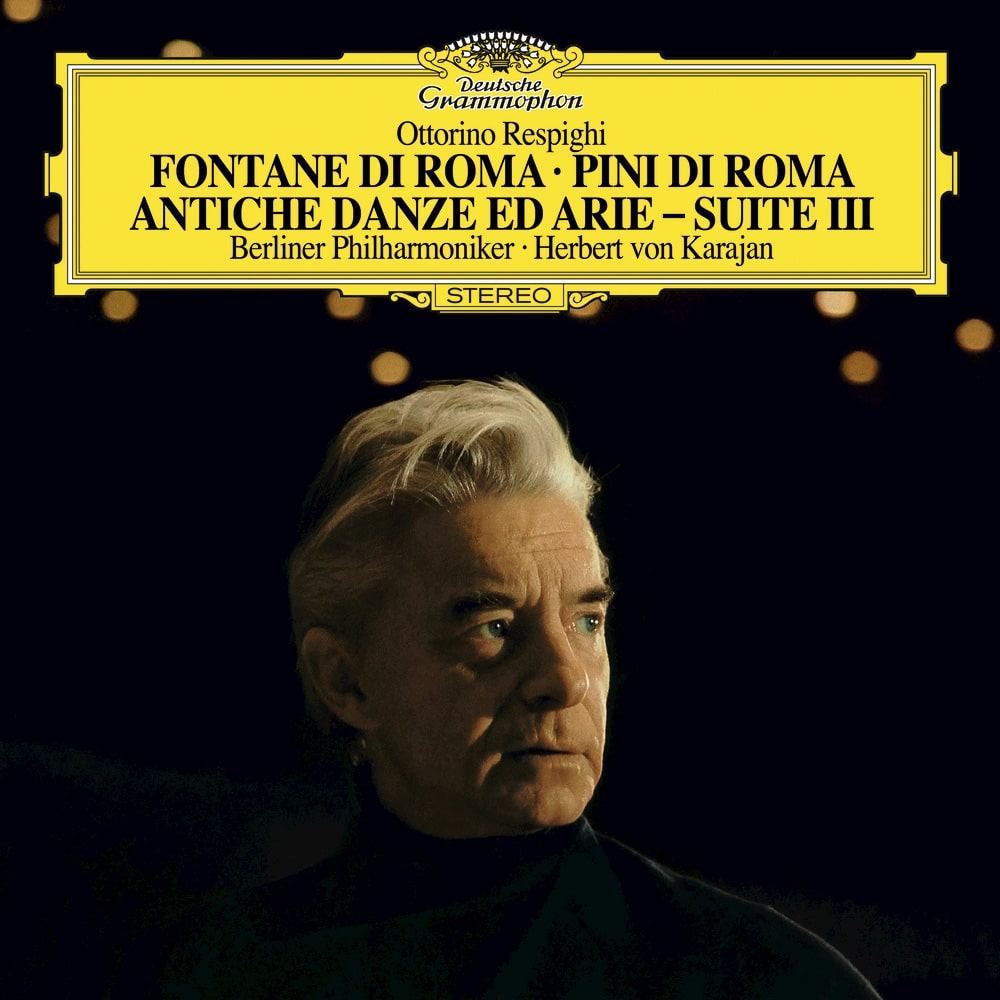 Ottorino Respighi: The Fountains of Rome - The Pines of Rome - Ancient Airs and Dances - Suite III

Available in 96 kHz / 24-bit AIFF, FLAC high resolution audio formats
This digital rerelease sees the famed partnership of Herbert von Karajan and the Berlin Philharmonic present their interpretations of works by Respighi and Boccherini. An engaging programme of pieces from the 18th and the 20th centuries, it combines two rich tone poems and a suite by the late Romantic Italian composer Ottorino Respighi with the charming, folk-inflected Quintettino from the Classical champion of the string quartet, Luigi Boccherini. The collection is rounded off with the famous Adagio for Strings and Organ in G Minor, often attributed to Baroque composer Tomaso Albinoni but in fact written by his 20th-century biographer Remo Giazotto.
96 kHz / 24-bit PCM – DG CD Studio Masters