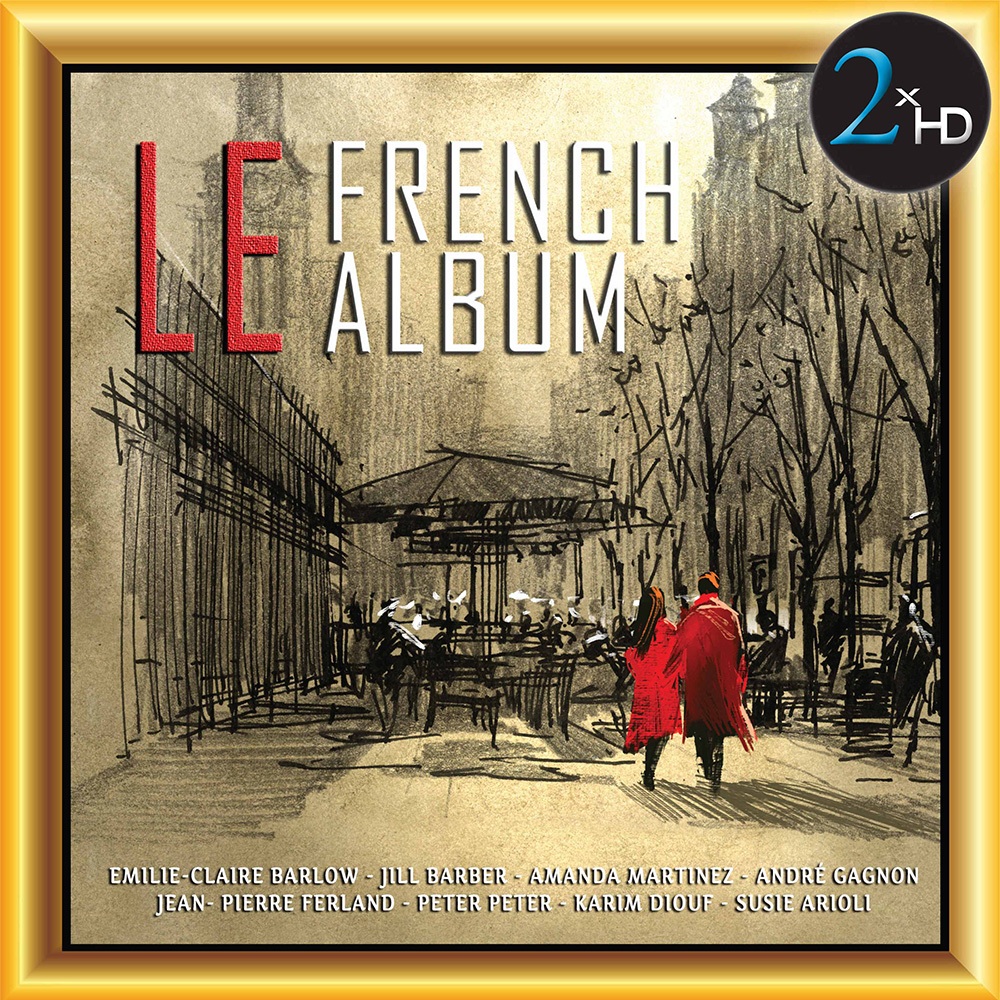 Available in 44.1 kHz / 24-bit AIFF, FLAC audio formats
"[Emilie-Claire Barlow is] one of the finest singer/musicians that Canada has ever produced...” - The WholeNote 2xHD presents Le French Album, a beautifully recorded collection of jazzy French songs both new and old. Including favourites such as C'est si bon and Les feuilles mortes sung by the likes of Juno Award-winning singer Emilie-Claire Barlow, Juno nominee Jill Barber, and Amanda Martinez, this is a charming collection of chanson from Canadian-bred talent that is not to be missed. "Singing in French has been like rediscovering my voice." - Jill Barber, singer “[Amanda Martinez has] one of the greatest voices in the world." - Javier Limón, producer
44.1 kHz / 24-bit PCM – 2xHD Studio Masters

The process uses a selection from a pool of high-end audiophile components and connectors, in some cases even using battery power so as to benefit from the cleanest power source possible. This variable equipment combination, custom tailored to each project, creates the most accurate reproduction of the original recording, unveiling informaton previously masked by the use of EQ, transformers, patch bays, extended cable lengths, etc. The selection of components is critical, as many A/D and D/A converters are unable to pierce through these filters that create a “ceiling” effect to the sound. The 2xHD system preserves the dynamics of the original master and provides an open feeling to the sound.