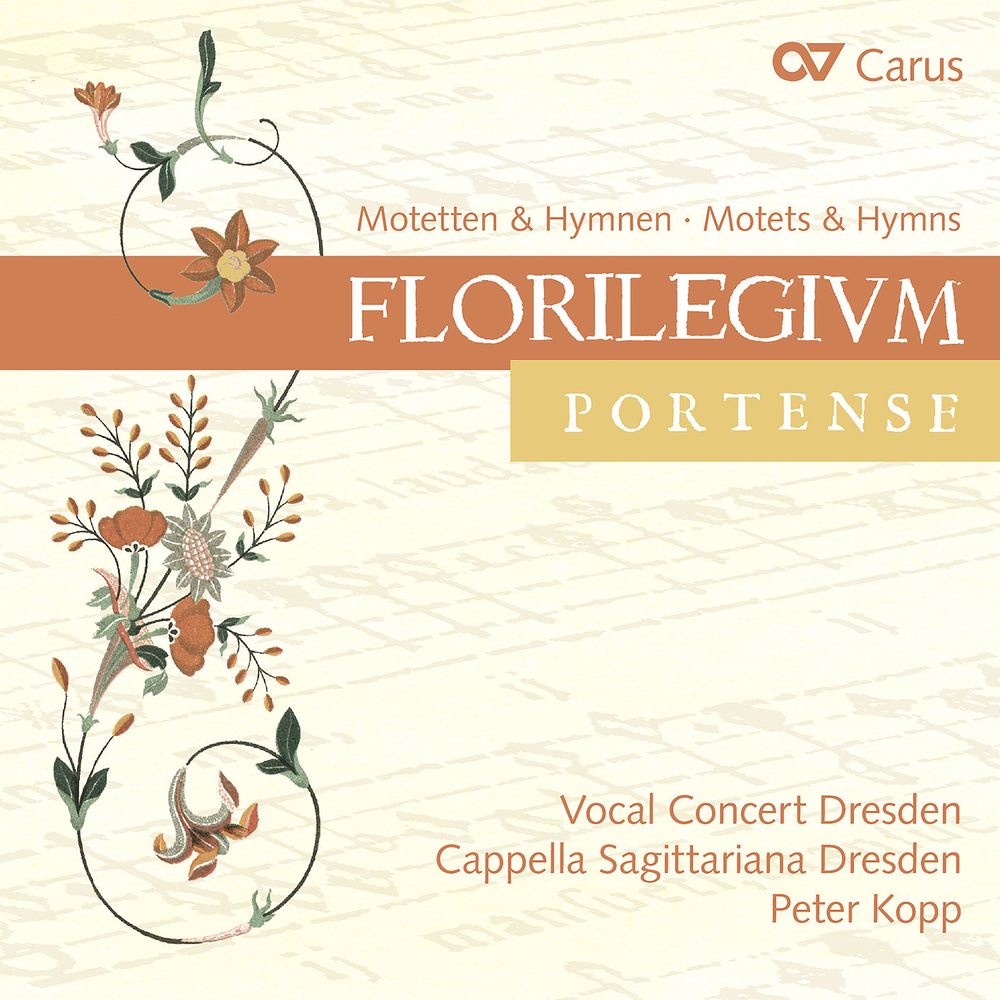 Available in 44.1 kHz / 24-bit AIFF, FLAC audio formats
Florilegium Portense – this is the title of a collection of sacred motets from Italy, Germany and the Franco-Flemish region, first printed in Leipzig in 1618. It contains motets by the most famous composers of the time in Europe, such as Hieronymus and Michael Praetorius, Hans Leo Hassler, Orlando di Lasso, and Andrea and Giovanni Gabrieli. Its dissemination was so successful that almost all church choirs, school choirs and court orchestras between Eisenach and Breslau came into contact with it. The motets were compiled by Sethus Calvisius, the cantor of Schulpforte and later Thomaskantor of Leipzig, and edited by Erhard Bodenschatz, his successor in Schulpforte. Exactly 400 years after going to press, the Vocal Concert Dresden and the Cappella Sagittariana under the direction of Peter Kopp honour this important cultural monument with a recording of selected motets and hymns, including several premiere recordings.
44.1 kHz / 24-bit PCM – Carus Studio Masters