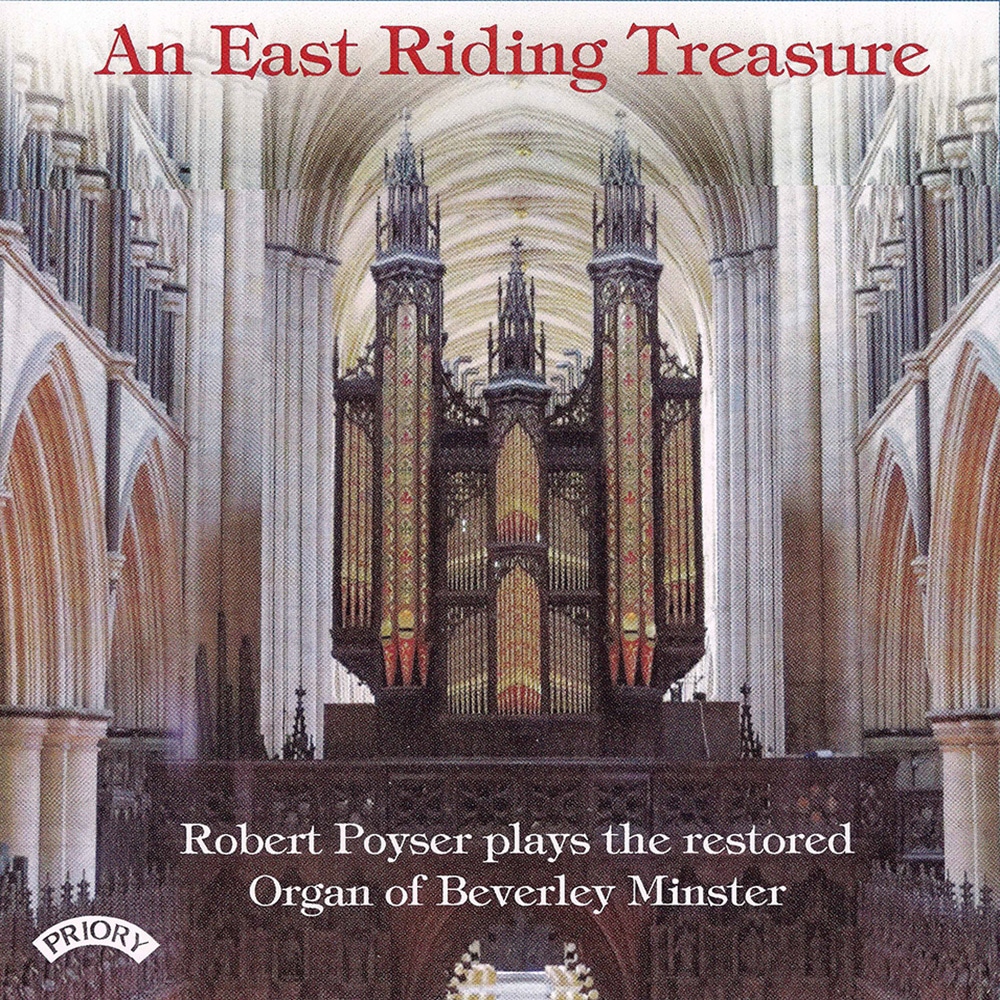 Available in 44.1 kHz / 24-bit AIFF, FLAC audio formats
An East Riding Treasure sees Robert Poyser perform organ music from the 18th through the 20th centuries on the restored organ of Beverley Minster, where he is Director of Music. Originally built in 1767 by Snetzler, this is the premiere recording of the organ recently refurbished by Wood of Huddersfield, which proves itself to be a versatile and lively instrument that is equally capable in German, French, Italian, and English repertoire in the able hands of Poyser.
44.1 kHz / 24-bit PCM – Priory Records Studio Masters