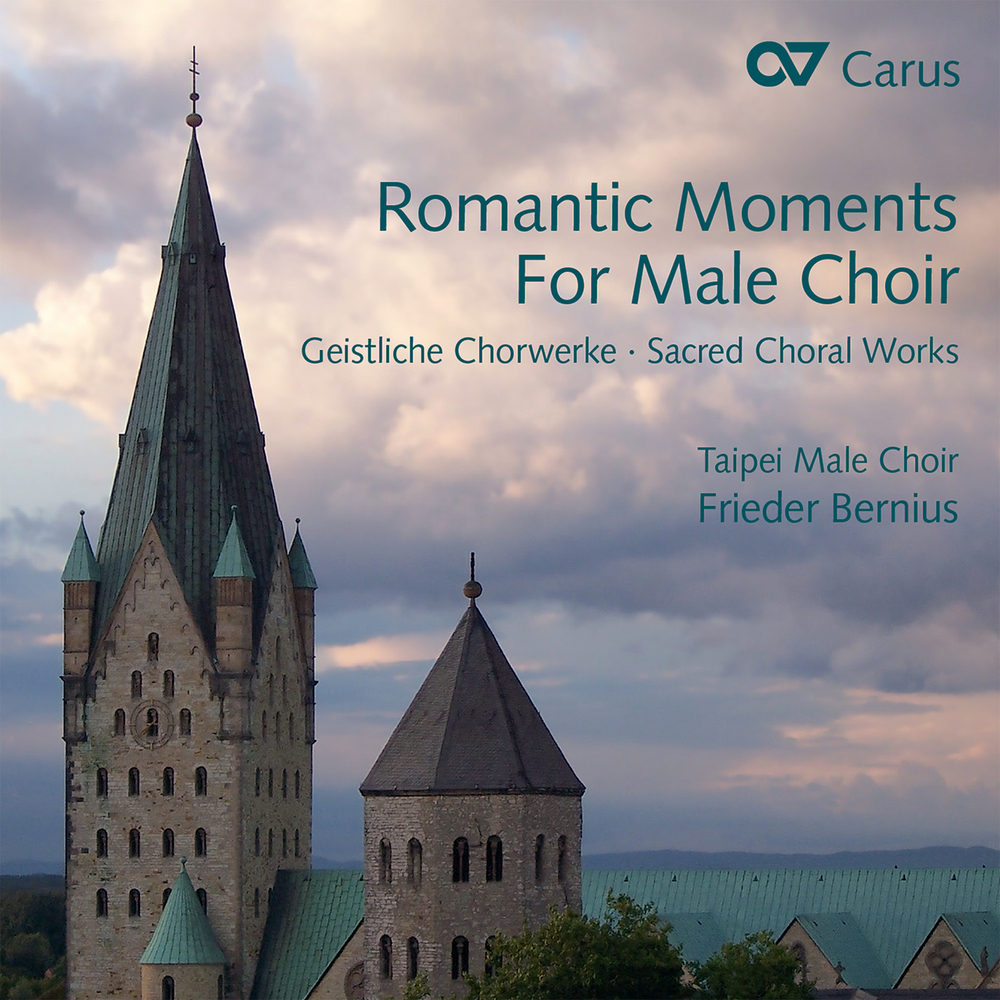 Available in 44.1 kHz / 24-bit AIFF, FLAC audio formats
Together with Frieder Bernius the multiple prizewinning singers of the Taipei Male Choir have completed a recording featuring sacred works for men's choir from the beginning and flowering of German men's choirs in the early 19th century. There are numerous charming rarities to be discovered, among others by Franz Liszt, Georg Joseph Abbe Vogler and Conradin Kreutzer. The choir succeeds, with admirable dedication, in achieving the diverse timbres demanded by these today often unknown works. Since its founding in 1994 the Taipei Male Choir has been invited to sing at many international choir festivals and has been honored with many prestigious prizes.
44.1 kHz / 24-bit PCM – Carus Studio Masters