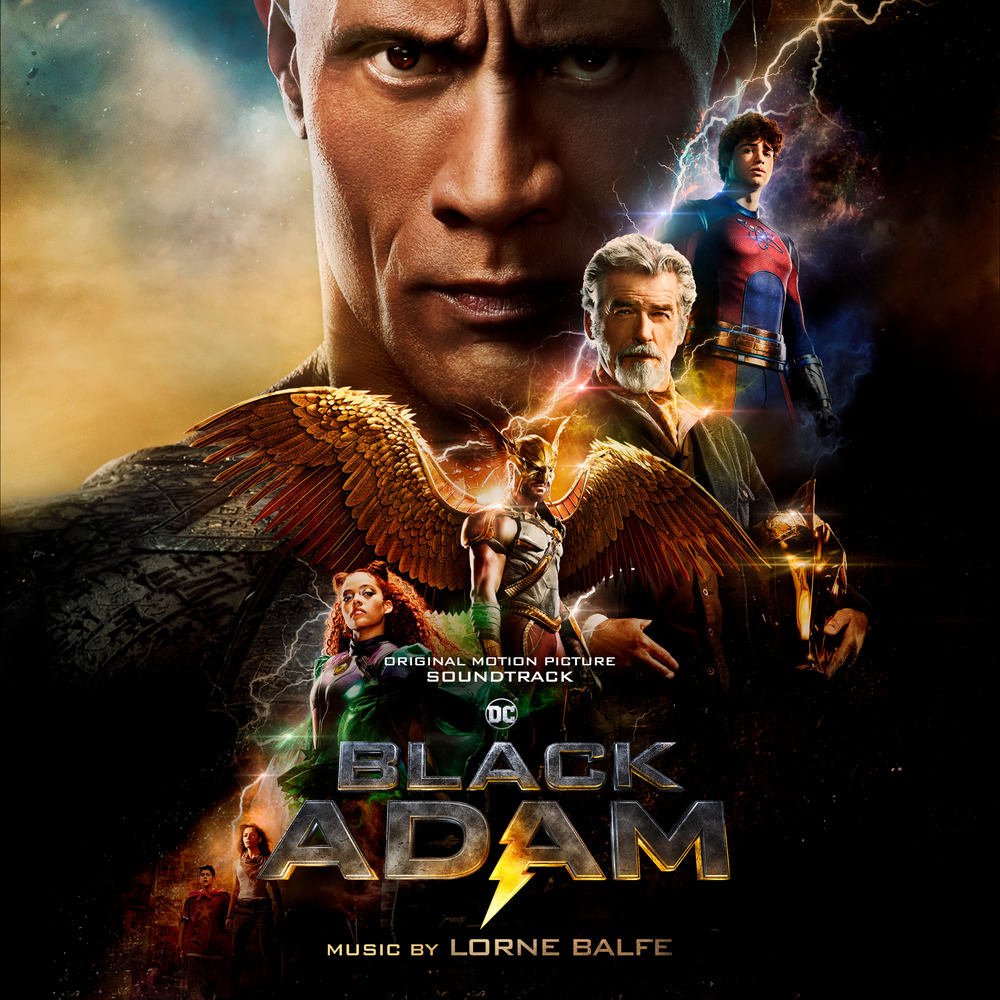 Available in MQA and 48 kHz / 24-bit AIFF, FLAC audio formats
WaterTower Music is pleased to release the Original Soundtrack music from the New Line Cinema action adventure Black Adam, starring Dwayne Johnson. The first-ever feature film to explore the story of the uncompromising DC antihero comes to the big screen under the direction of Jaume Collet-Serra (Jungle Cruise). The score is provided by highly respected Grammy Award-winning and Emmy-nominated composer Lorne Balfe (Mission Impossible: Fallout, The Lego Batman Movie, Black Widow). Balfe’s vision for the music of Black Adam encompasses an exploration into the back stories that define the characters. The composer commented on that approach. “It was exciting to get into the Black Adam theme, and I really wanted to capture his essence as the DC comic book world’s anti-hero. We had a large brass section across the score to give the weight and power of the main character’s past, which I balanced out with high tempo, more melodic sounds to give the audience that more familiar heroic feel. We also experimented a lot with choir on this project, which was able to contribute a unique and classical sound that ties in nicely with Black Adam’s story.”
48 kHz / 24-bit PCM – WaterTower Music Studio Masters